Dancing with the Stars Season 23 Pro Dancer Gleb Savchenko Returns To DWTS: Got An Offer He Couldn’t Refuse! 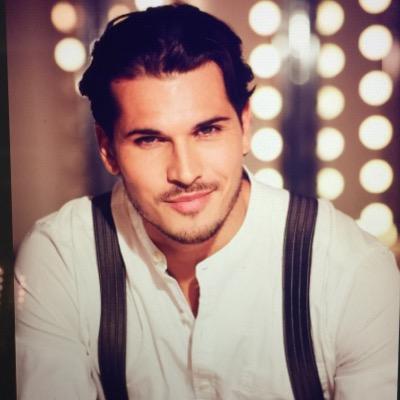 Gleb Savchenko had quit Strictly Come Dancing earlier this year because he wanted to spend more time in his native Russia. As fans of America’s Dancing with the Stars, we are excited to reveal that the heartthrob pro dancer has joined the show after accepting a big money offer, and will be on the 23rd season of DWTS.

An insider revealed that Producers offered Gleb a deal which was “too good to refuse and he jumped at the chance to take it.” The television insider continues,” As well as a hefty pay cheque, they are sorting out his living arrangements and education for his family.”

Gleb made sure the DWTS’ producers know his wife, Elena and his daughter Olivia are his top priority, and once they reassured him that they would take good care of them, it was a no-brainer taking the job! Gleb will look familiar to fans of DWTS, because he made a one-season appearance in 2013, when he was paired with Lisa VanderPump, reality star of Real Housewives of Beverly Hills and VanderPump Rules.

Even though this is exciting news, it doesn’t look like he will stick around for long. He ditched Strictly after one season, and only stayed on the Russian and Austrailian versions for a year each. After announcing that being on Strictly was really, really difficult, he left the show in June, saying he wanted to be able to devote more time to his family.

Gleb said, “I was missing out on so much and I didn’t get to see my daughter for six months out of the whole year. She is going to be six in November and she has to go to school. My wife was trying to fly back and forth, but it was too tough! I didn’t want to miss out on so much and I made this decision to be with my family. I think my family is more important than fame. My wife needs to feel loved and I want to see my daughter grow up.”

Are you excited to see Gleb Savchenko back on Dancing with the Stars? We can only hope that he sticks around for more than one season this time. Season 23 of DWTS is set to premiere on the ABC network on Monday, September 12th at 8 p.m. ET. Who do you hope will be on the dance floor this season?