‘Dancing With The Stars’ Spoilers: Cheryl Burke To Return To DWTS Season 23? 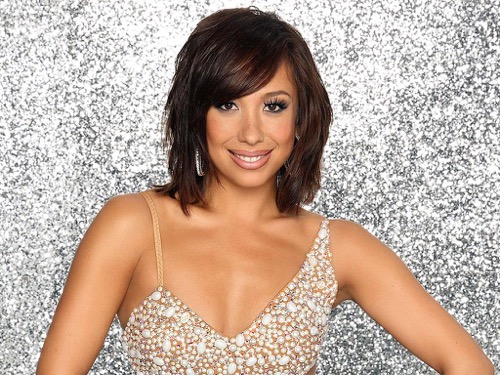 It looks like ‘Dancing With The Stars’ season 23 is already full of some great surprises, including the return of one very popular dancer. There’s new speculation that two-time title winner Cheryl Burke might return to the hit ABC reality competition show after taking a three-season hiatus.

According to reports by Pure DWTS, Cheryl Burke, who has in the past been teamed up with Drew Lachey, Emmitt Smith and Ian Ziering, will be making her big return to the show this Fall. There’s already speculation that the 32-year-old former professional dancer will be teamed up with disgraced 2016 Olympic swimmer Ryan Lochte, who recently apologized for fabricating a robbery story in which he was supposedly held at gunpoint in Rio de Janeiro, Brazil.

If Cheryl Burke is indeed paired with Ryan Lochte, that would definitely be an uphill struggle for the returning champion. Cheryl Burke would have to work extra hard to help Ryan Lochte redeem himself both on and off the dance floor as there’s no doubt that his Olympics scandal has already cost him his popularity.

Ryan Lochte was often seen as a harmless, party-loving swimmer whose only concern was having a good time, but now the Olympic medalist has become a national embarrassment thanks to his Rio de Janeiro fiasco and false robbery story. Cheryl Burke sure has a lot of work ahead of her thanks to her ‘Dancing With The Stars,’ return, but having Ryan Lochte as a partner will even be harder on her. Not only does

Cheryl Burke need to team him how to dance with results, but she also has to help Ryan Lochte repair his tarnished image with ‘Dancing With The Stars’ fans, most who have viewed him an American disgrace. A Cheryl Burke and Ryan Lochte romance might do the trick, although it would definitely raise a few eyebrows. If Cheryl Burke is willing to forgive Ryan Lochte for his Olympics embarrassment than surely America can do the same, right?

Of course, Cheryl Burke has so far made no comments about the possibility of her returning to ‘Dancing With The Stars’ although it will only be a matter of time before we see her on the dance floor again. Tell us, would you tune in to see Cheryl Burke and Ryan Lochte together on ‘Dancing With The Stars?’ Do you think there’s a possibility of seeing a Cheryl Burke and Ryan Lochte romance heat up both the television screens and tabloids? Let us know what you think in our comments section below.