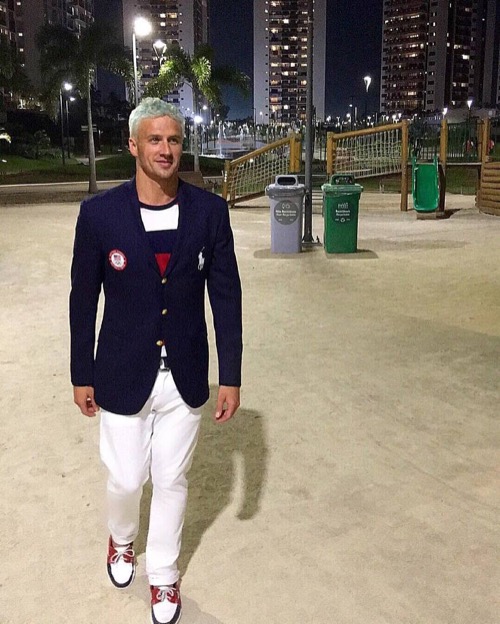 Dancing with the Stars has intrigued us when we heard from various sources that Olympian Swimmer, Ryan Lochte, will in fact, be joining the 23rd season of the dance competition series after the Rio robbery scandal involving fellow U.S. swimmers, Jack Conger, Jimmy Feigen and Gunnar Bentz.

“Doing Dancing with the Stars will be great for Ryan’s image. He will be able to show America and longtime fans, that he is a good guy, who made a mistake. He is still an Olympic champion! He will be great on the show”, an insider told US Weekly.

Anyone who has followed the Olympics, know that Lochte, Conger, Feigen and Bentz had told Brazilian authorities that they were robbed at gunpoint after leaving a party in Rio de Janeiro. When the police investigated the incident, they were unable to find any evidence that a robbery had occurred.

At first, Ryan Lochte stuck to his story, but once police check out the video surveillance, they found out that the athletes had vandalized a gas station bathroom, and when the security guard pointed the gun at them, he wasn’t robbing them, he was demanding payment for the damages they had caused. He later admitted that he misled people saying, “I over-exaggerated that story, and if I had never done that we wouldn’t be in this mess!”

In the aftermath of the scandal, Lochte lost several of his sponsors, including Speedo and Ralph Lauren. The CEO of the Olympic Committee, Scott Blackmun told the Associated Press that the organization is looking into additional disciplinary actions towards all four swimmers.

The cast of celebrities for ABC’s Dancing with the Stars upcoming 23rd season has not yet been announced and reps for the show say they never comment on casting rumors, but you can be sure this season will include a few Olympic athletes. The official cast announcement will take place on Good Morning America on Tuesday, August 30. DWTS upcoming season premiere is set for Monday, September 12 on ABC!

Be sure to check Celeb Dirty Laundry often for updates, news and spoilers!