BY Monica DelRay on January 28, 2016 | Comments: 2 comments
Related : Days of Our Lives, General Hospital, Soap Opera, Spoiler, Television, The Bold and the Beautiful, The Young and the Restless 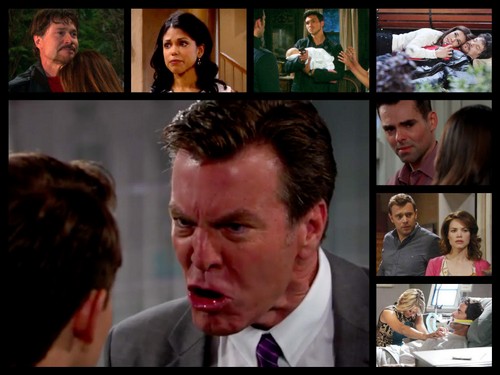 Emmy nominations should be awarded to actors and actresses whose performances made you feel something. Unless an actor has done work that provokes a visceral reaction – whether it’s sadness, joy, or anger doesn’t matter – as long as it’s meaningful, there should NOT be an Emmy nomination. That’s not the case with many noms this year.

Here’s a look at some Emmy snubs and shockers. Check these out and then share your comments below.

The Young and The Restless
Hunter King – This is King’s fourth nomination and she’s won the last two years but her work is less than deserving. It’s her tie to Jill Farren Phelps that’s the simplest explanation.

Lauralee Bell – This nom is inexplicable and seems to be a case of who you know rather than the level of work you did. We all know Bell’s last name – her dad created the show after all.

Sofia Pernas – Aside from Pernas losing the accent she first had when she arrived in Genoa City, she hasn’t done any impressive work that was solely her own.

Christel Khalil – Khalil has had work here and there in the past year, but again, nothing stands out where she made any singular achievements – nothing Emmy-worthy.

Y&R Guys – Bryton James, Sean Carrigan, Greg Rikaart and Dylan McAvoy are also all mystery nominations. None have done any standout work that springs to mind.

Peter Bergman Snub – Where was Peter Bergman in the Emmy list? He did incredible work as Marco and carried a major storyline playing two characters. Yet he got nothing. This is an outrage.

The Bold and The Beautiful
Linsey Godfrey – B&B also had some nonsensical nominations. Godfrey got married and knocked up by her husband’s son, but carried no storylines on her own nor was pivotal in any.

Reign Edwards – Edwards has been present at some pivotal scenes, but has not done any individual work that’s memorable. Next to Brooklyn Silzer (GH – Emma), there’s no contest.

Rome Flynn – Flynn spends most of his time as Zende working out and being sexually frustrated. Neither of these activities is Emmy-worthy work. So why the nomination?

Karla Mosley Snub – Why wasn’t Mosley nominated? She seemed a shoe in as the main player in the biggest plot on B&B last year. Jacob Young was nominated, but not Karla – why? 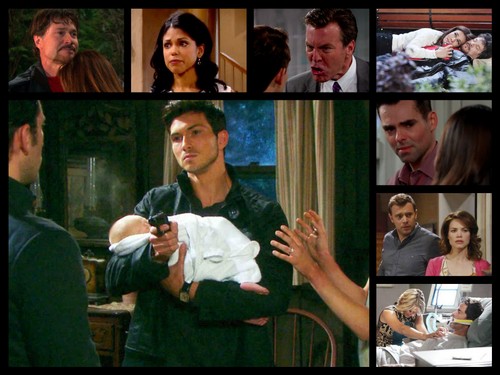 General Hospital
Dominic Zamprogna – Does cheating on your wife make you deserving of a nomination? True he had some character upheaval last year, but Dom never moved us to anything but frustration.

Tequan Richmond – Richmond’s TJ was barely around last year. He had a few spats with his mom and was upset when Shawn was sent to Pentonville, but this nom seems like a gimme.

Shawn Blakemore – The only interesting thing about Shawn was the reveal that he’s TJ’s dad, but that went nowhere. Shawn was his usual stoic character – nothing worth an award.

Tyler Christopher – This is another nomination that makes little sense. Yes, Nikolas went dark last year, but he hasn’t done any gasp-inducing work, so why the nod?

Jason Thompson Snub – Thompson submitted a reel but wasn’t chosen and did fine work on his way out the door – he had more story than he’s had in many years – but no nomination for him. Spite for getting a better job on Y&R?

Triangle Snub – Billy Miller, Rebecca Herbst and Kelly Monaco have carried the storyline for most of 2015 and did good work. Miller made us fall for him, Herbst made us hate her and Monaco did good work when she and Patrick (Jason Thompson) split. Amazing work – no nominations…

Agreed!!! Xo RT @soapsindepthabc @RebeccaLHerbst To quote someone, and I have no idea who… you was robbed! pic.twitter.com/JME8S4xQnp

Day of Our Lives
The thing about the DOOL nominations that was really noticeable was who was NOT nominated.

Kristian Alfonso Snub – She’s done evocative work as Hope. Those scenes with Bo dying in her arms then her chasing justice have been tear inducing and Emmy-worthy.

Arianne Zucker Snub – Her grief over losing Daniel has been impressive work and also clearly deserved a nomination.

Robert Scott Wilson Snub – Wilson’s work as deranged Ben the Necktie Killer was definitely worth a nomination – and a win. So why was he left off the list by DOOL showrunners?

What do you think soap fans? Are you outraged at the blatant snubs, favoritism and senseless nominations for the 2016 Emmys? Share your comments below and check back with CDL often for daily soap spoilers, news and more.