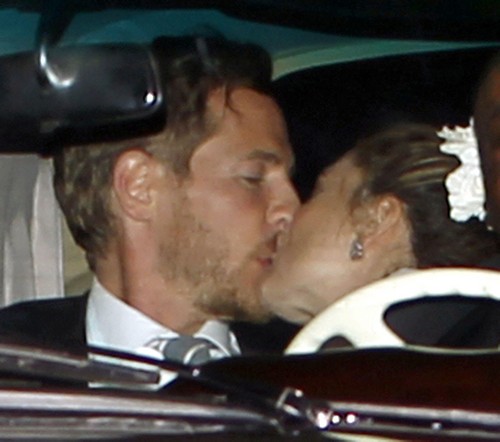 Drew Barrymore and third husband Will Kopelman have split and are divorcing after three years of marriage. The couple have two children, three year old Olive and one year old Frankie.

The couple has reportedly had increasing marital difficulties for some time multiple sources confirmed to People. One of the problems was where Drew and Will should live. Drew Barrymore wants to move back to Los Angeles and Will Kopelman prefers to remain living on the Upper East Side in New York City.

Drew Barrymore and Will Kopelman are currently working out living arrangements for Olive and Frankie. It is expected that Will and Drew will both live in New York City where Olive currently attends preschool.

When the actress was 19 she married a bartender turned bar owner Jeremy Thomas in 1994. The marriage ended after only two months. Drew then met and began dating Tom Green in 1999. The couple married in July 2000, separated in December 2001 and the divorce was finalized in October 2002.

Drew is a granddaughter of the legendary actor John Barrymore. Drew rose to fame at the age of five when she stared as Gertie in the 1981 classic E.T. The Extra-Terrestrial. The actress was nominated for a Golden Globe in 1984 for her portray of Casey Brodsky opposite Ryan O’Neal and Shelley Long in Irreconcilable Differences.

By the time Drew was 11 years old she was already struggling with alcohol and drug addiction. By the time Barrymore was 12 she was snorting cocaine and ended up in rehab the first time at the age of 14. Drew addresses this in her autobiography Little Girl Lost.

As usual the tabloids were months ahead of the official word in terms of reporting on this marriage’s  disintegration.