Gavin Rossdale Desperate To Silence Gwen Stefani To Save Career, Doesn’t Want Ex Slamming Him Over Their Divorce? 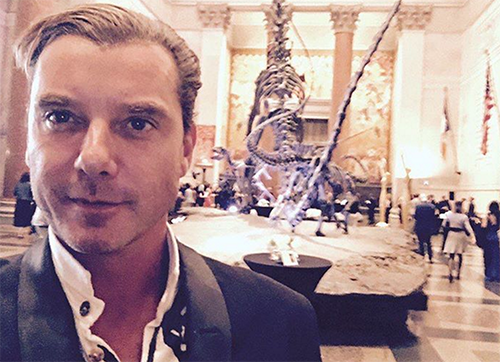 Gavin Rossdale apparently wants his ex-wife Gwen Stefani to stop trying to get sympathy from the public and media by constantly talking about her decade-long failed marriage. In fact, there’s a new report that says the judge of the UK’s ‘The Voice’ is desperate to silence Gwen, as he’s sick of her slamming him publicly for their divorce.

In fact, Gavin Rossdale even gave Gwen – who is currently dating Blake Shelton in what many are calling a hot and heavy showmance – more than just a subtle message to keep quiet about the past, as it makes no sense for anyone to fuel the drama and tabloid speculation, especially now that they are divorced.

Gavin told Britain’s The Times, “I’ve got to move on. Everyone has got to move on. It’s, like, enough already. I have an incredible life with [my kids] and that’s what matters. You can’t keep up with all the vitriol. Just don’t get into all that.”

While it makes sense for Gavin and Gwen to stop slinging mud at each other in public, there’s little chance that the ‘Hollaback Girl’ singer will see it that way. Gwen has been using the drama surrounding her personal life to help keep her in the celebrity spotlight because, after all, that’s the only way she’s managed to get any attention these days. Her last studio offering was a near flop and her tour hasn’t been selling the way she hoped it would be.

Then again, for Gavin, he doesn’t want Gwen to constantly shade him in the media, especially now that he has a new gig as a mentor for ‘The Voice.’ After living in his ex-wife’s shadow for so many years, he finally has the opportunity he’s been long waiting for to help not only rejuvenate his career but reinvent himself as a celebrity the same way Gwen Stefani has. As far as Gavin is concerned, two can play at this game.

But if Gwen can’t move on, that might also signal that she’s still stuck in the past. As much as she claims to have been hurt by Gavin and his cheating allegations, is she secretly hoping for a reunion? After all, she stuck with him for so long, Gwen was willing to do just about anything to make their marriage work, no matter how much she had to suffer because of it.

Tell us CDL readers, what do you think? Is Gavin Rossdale fed up with Gwen Stefani constantly bashing him in interviews? Do you think Gwen is using her personal life to promote herself in the media? Let us know what you think by dropping us a line in our comments section below and of course, don’t forget to check back with CDL for all the latest news on all of your favorite celebrities right here.

Me and the police london style