Gavin Rossdale Joins ‘The Voice’ To Spite Ex-Wife Gwen Stefani, Looking For Romance On The Show? 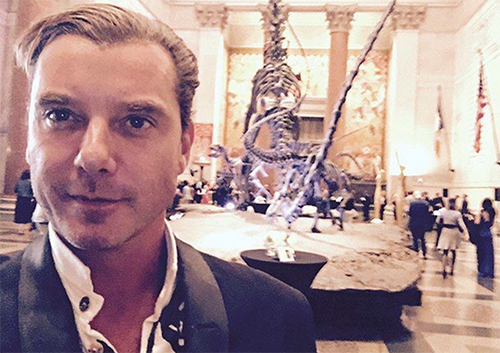 Gavin Rossdale has just joined the UK’s ‘The Voice’ as a coach, but is he doing so to spite his ex-wife Gwen Stefani? That might be the case, as the former Bush frontman will be joined by Will.i.am, Jennifer Hudson, and Tom Jones for the British version of this hit singing competition show.

Of course, Gavin Rossdale won’t be coming face-to-face with his ex-wife of ten years, Gwen Stefani, or her new boyfriend, Blake Shelton. But considering how popular Gwen and Blake have been and how much publicity they have gotten because of the show, could Gavin be trying to carve out a name for himself as a reality television coach the same way Gwen did? Is this his way of reviving his music career or perhaps a strategy of his in not only getting his revenge on Gwen, but becoming a celebrity of her caliber, too? Whatever the case, Gavin Rossdale is sending a clear message to Gwen Stefani: the drama between them is not over yet.

According to Us Weekly, Gavin released a statement about his new gig by saying, “I’m so thrilled to be joining The Voice U.K. I’ve always been extremely proud to fly the flag for British rock music and I can’t wait to join this incredible panel and help discover some new talent.”

There’s no doubt that many fans of the show are already wondering if Gavin is using this new opportunity to find love on the show the same way Gwen did with Blake. After all, if it weren’t for her Blake Shelton romance, there’s a good chance that Gwen would have long been gone from the show, as she initially only came on as a replacement for judges Christina Aguilera and Shakira.

So far Gwen has not made any comments about her ex-husband’s new gig on ‘The Voice.’ While it’s doubtful that she’ll be making any guest appearances on the British version of the show, there’s a good chance that she might be tuning in to see her ex sit in a similar red chair that she’s been in for the last several seasons now.

Tell us CDL readers, do you think Gavin Rossdale is being spiteful to Gwen Stefani by becoming a coach on ‘The Voice?’ Has he been jealous of Gwen’s success and popularity on the show this whole time? Let us know what you think in our comments section below.

Absolutely thrilled to be joining @TheVoiceUK. #TeamGavin will fly the flag for British rock music! #TheVoiceUK