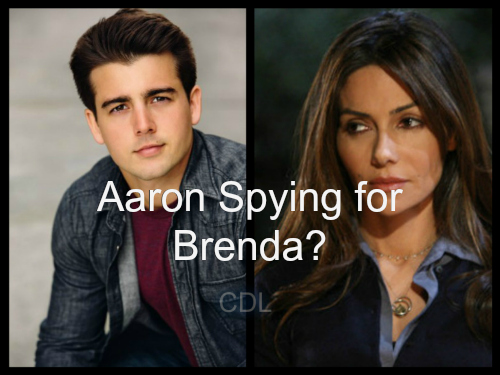 Maurice Benard posted on Facebook, seemingly out of the blue, confirming that Brenda Barrett had a kid years ago adding “end of story.” Was there some doubt that she did? Unless there’s another kid in question, Alec Scott is a known entity.

Remember Alec was born back in the day and was the son, as far as GH viewers knew, of Brenda and Aleksander Janacek (Antonie Knoppers). Dante Falconeri (Dominic Zamprogna) was part of that story as well.

Dante was Brenda’s bodyguard back then and pretended to be her baby daddy to protect her from her mobster ex Aleksander. Then Aleksander’s mom Suzanne drugged Brenda, induced labor and stole the baby.

This all came out in 2011 and was further complicated because Suzanne gave Brenda an orphan to replace the child she stole. The truth came out when Brenda and Sonny were married and four-year-old Alec was returned to Brenda.

Brenda wanted Sonny to adopt Alec but then mob life once again got to be too much for her and she took her son and moved to Italy. All this is known, so why the strange message from Maurice Benard on Facebook?

General Hospital spoilers tease that GH showrunners may have put Alec through a SORAS (soap opera rapid aging syndrome) and he may be Aaron, the new guy running around Port Chuck with Kristina Corinthos (Lexi Ainsworth).

GH fans all agree that something is off about Aaron. He was Johnny-on-the-spot at the Freedman Clinic for a “meet cute” with Kristina that seemed too perfectly timed. Plus, we never heard more about who Aaron was visiting there.

If Aaron is Alec, why is he in town? Did Brenda send her son to scout out the lay of the land? He sure seems to be interested in all things Corinthos and took the chance to suck up to Sonny about his restaurant and coffee business. 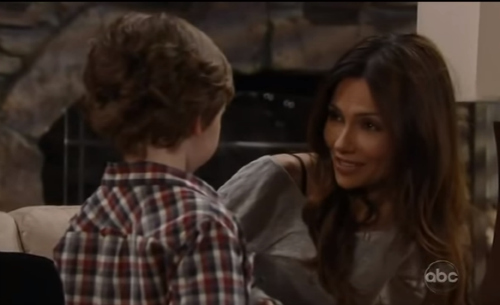 Plus, Aaron seems to be getting as close as he can to Kristina without actually bedding her. Is he holding off on getting intimate because his mom Brenda might order him out of town or have another target for him to work?

Some General Hospital spoilers teased that Aaron might be an undercover cop looking into the Corinthos cartel. But is Aaron instead Alec Scott, Brenda’s son, and looking into Sonny’s business for his mother?

Is Brenda plotting a return to Port Charles and wants to know what’s going on with Sonny before she comes back? Sonny seems happy in his fifth marriage to Carly Corinthos (Laura Wright) but that might change if Brenda returns.

Plus, we know Jasper Jacks (Ingo Rademacher) returns in late July, so a Brenda reprisal would further complicate things. What do you think GH fans? Was Maurice Benard offering a spoiler alert or was this a random post to stir up speculation?