General Hospital (GH) spoilers for the Tuesday, July 19 episode of GH show us lives on the line after Nikolas pushes Valentin too far, Alexis reels from her test results and confides in Diane, Jordan and Andre have it out at the MetroCourt, and Griffin is forced to deal with Julian.

Nikolas Cassadine (Nick Stabile) doesn’t like his b*stard uncle Valentin Cassadine (James Stuart) putting his loved ones at risk and stands up to Valentin. Nikolas tells him that he’ll get nothing if anyone gets hurt because of Valentin and his men.

Valentin won’t like his little nephew provoking him and things may turn more dangerous because of Nik’s antics. Plus, aside from the diamonds, what does Nikolas have to offer to his uncle? As the oldest male Cassadine, don’t the island and all the family goodies belong to Valentin?

Alexis Davis (Nancy Grahn) was stunned by her pregnancy test results and GH fans will be stunned if the writers have made the menopausal newlywed pregnant consider she should be fully infertile. However, it looks like the big reveal is that Alexis is expecting a baby with Julian Jerome (William deVry).

Diane Miller (Carolyn Hennesy) comes by for some serious girl talk and Alexis tells her about the pregnancy test and the stress she’s been under. Diane is concerned that Alexis is waffling and could go back to Julian despite the fact that he tried to kill her.

However, Alexis reassures Diane that hate is the only thing she feels for Julian. So if she is preggers, what about the baby? Over at GH, it looks like Julian is taking a bad turn. Is all the bad news he’s getting starting to take a toll on Julian’s health? 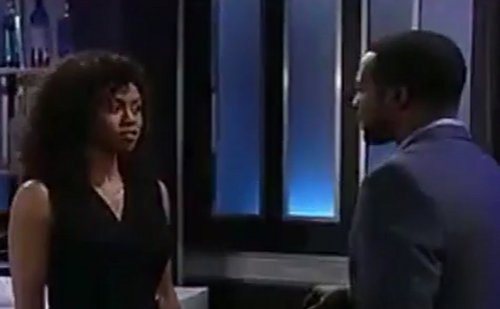 Griffin Munro (Matt Cohen) checks on him and acknowledges the elephant in the room – that he’s saving Julian’s life when Julian killed his father Duke Lavery (Ian Buchanan). General Hospital spoilers tease that Griffin has to step up and save Julian as things turn bad.

Dr Andre Maddox (Anthony Montgomery) leaves a confusing message and that results in a spat at the MetroCourt with Jordan Ashford (Vinessa Antoine). Curtis Ashford (Donnell Turner) takes notice and then Nina Clay (Michelle Stafford) takes notice of that as well. 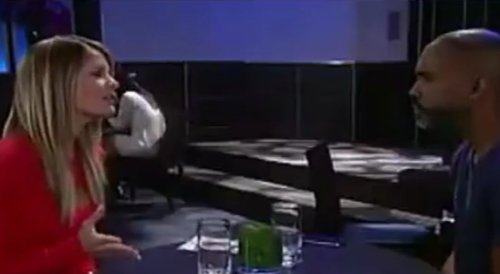 Nina and Curtis are together discussing his recent investigation into Nathan West’s (Ryan Paevey) ex-wife. Nina wants him to stop looking into her – looks like either Nathan or Maxie Jones (Molly Burnett) alerted Nina that this could cause trouble for Nathan.

The thing is, Curtis doesn’t want to stop investigating since he’s on to something and seems to know about Claudette Bolland (Bree Williamson) and Griffin. Nina also asks Curtis why he’s checking out Jordan so intently. Does he have the hots for his former sister-in-law?

All this and more on the Tuesday, July 19 episode of GH. Watch and come back often to CDL for all the latest General Hospital spoilers and news.