General Hospital (GH) Spoilers: Griffin Gets a May Sweeps Shot at Love – Who Is The Hot Doc’s New Girlfriend? 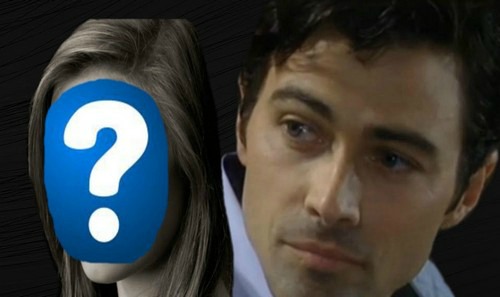 “General Hospital” (GH) spoilers tease that during the May Sweeps new episodes Griffin Munro (Matt Cohen) will finally get a romantic interest, a new girlfriend. It’s long overdue considering how hot he is and the number of weeks he’s been in town. But who will Griffin be paired with? Could it be someone from his past? Or someone new?

GH casting spoilers hint that Claudette is coming to Port Charles soon and every indication is that Griffin has a past with Nathan West’s (Ryan Paevey) traitorous ex-wife. In fact, Griffin may have been the guy she was cheating on Nathan with – but that remains to be seen.

But General Hospital spoilers show that it’s also obvious that Maxie Jones (Kirsten Storms) has been put repeatedly into Griffin’s path. With Claudette on the way to town, that spells trouble for Maxie’s relationship that could make her available to pursue a romance with Griffin to whom she’s obviously attracted.

Maxie will get some preliminary results from Sam Morgan’s (Kelly Monaco) investigation into Claudette this week and that could have Maxie pulling back from Nathan and putting the brakes on any wedding talk. Could this lead Maxie to confide in Griffin?

Also, Griffin clearly has information about Nathan that Maxie needs to know, but will he share it with her? And if he does, will that kick off some romantic vibes with Maxie? But another possibility for love for Griffin is a new lady doctor that’s headed to GH soon.

Griffin has three potential opportunities for romance coming soon – Claudette, Maxie and the new lady doc. Which one do you think it might be? Of the three, Claudette and Maxie are of greater interest, particularly since it seems like Claudette still has a hold on Nathan.

Once Claudette hits town, it’s going to be big trouble for Nathan and Maxie and that could mean an opportunity for Griffin to get with Maxie. What would be difficult is if both men are focused on Claudette and Maxie is left out in the cold.

But if Griffin’s bullet wound is due to Claudette cheating on Nathan, it seems like Griffin would do well to run far away from Claudette… What do you think? The chemistry between Maxie and Griffin is obvious. Is that who Maxie will turn to when things fall apart with Nathan?

Or would Griffin shy away from Maxie because that last thing he wants is more trouble with Nathan over a woman? Will Claudette come to Port Charles looking for Griffin or Nathan? And is the new lady doctor heading to GH a safer bet for Griffin?

Who do you want to see Griffin in a romance with – Maxie, Claudette or the new chick? Share your comments below on your hopes for the sexy doc’s personal life and check back with CDL for detailed daily “General Hospital” spoilers, news and more.