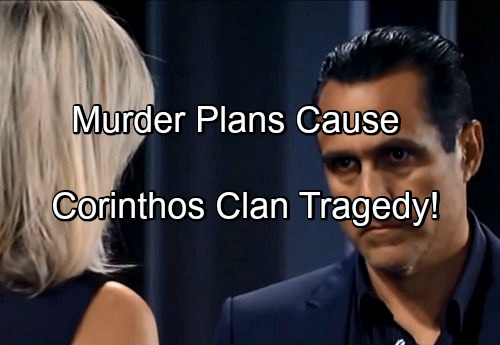 New General Hospital (GH) spoilers reveal that the once-happy Corinthos family will soon splinter thanks to a thirst for revenge among Morgan, Michael and Sonny – and Carly’s desperate scramble to keep them all safe and the family together.

Sonny Corinthos (Maurice Benard) has already ordered the hit on Julian Jerome (William deVry) after pledging to Carly Corinthos (Laura Wright) that he would back off the violence. Jason Morgan (Billy Miller) also tried to talk sense to Sonny to no avail. 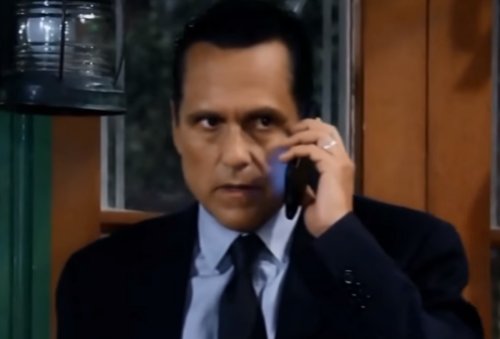 Sonny cannot accept that Julian Jerome (William deVry) gets to walk free while Duke Lavery (Ian Buchanan) is dead. Carly tries to talk sense to Sonny, but his attitude is that this is just “business.” By week’s end, Dante Falconeri (Dominic Zamprogna) tries to stop the insanity.

Dante goes to Carly to try and get her to tell him what his dad is planning, but Carly won’t rat out Sonny even though there’s danger. Sonny is not the only one making trouble, though. Morgan Corinthos (Bryan Craig) also has in mind to make Julian pay for what he’s done. 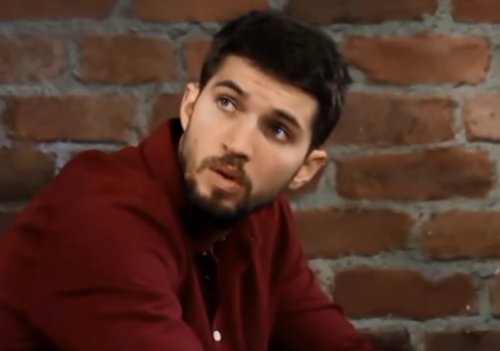 Morgan publicly attacked Julian at Kelly’s and then things get worse. Morgan is caught cheating by his college and his parents confront him. Thanks to Ava Jerome (Maura West), Morgan is spiraling mentally, isn’t making any sense and has no impulse control.

It could be Morgan that tries to take out Julian even before Sonny’s plan to whack his rival mob boss goes into effect. But that’s not all! Michael Quartermaine (Chad Duell) has vowed to avenge Sabrina Santiago (Teresa Castillo) and now he knows whom to target. 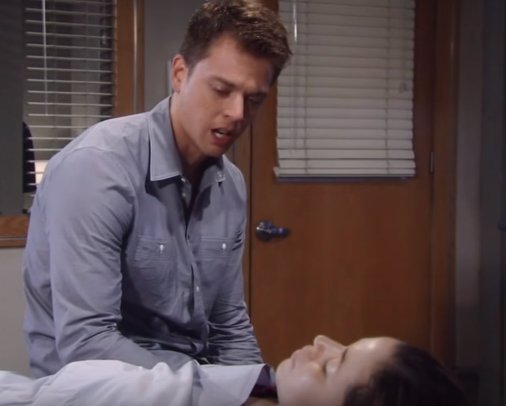 Paul Hornsby (Richard Burgi) is caught in the act by Anna Devane (Finola Hughes) trying to murder Tracy Quartermaine (Jane Elliot). Now that Paul’s number is up, Michael knows exactly who to go after – and he’s got a history of violence.

Remember Michael beat Claudia Zacchara (Sarah Brown) to death. Just because Mikey’s in a suit and tie these days does NOT mean that Michael can’t take care of business. Michael could make a bold move and go after Paul and make him pay for murdering Sabrina.

General Hospital spoilers tease that one of the three Corinthos men – Sonny, Morgan or Michael – will engage in an act of violence that will stun Port Charles and could rip the family apart. But which of the three will it be and who will end up in harm’s way?

Dante tries to put a stop to the revenge plans as does Andre Maddox (Anthony Montgomery) and Griffin Munro (Matt Cohen). Griffin pushes Sonny on how his violent tendencies don’t align with his faith – this gets through to Sonny, but may not be enough.

Will it be Sonny that tries to take out Julian – or will it be Morgan? Will Michael make a move on Paul – or could an innocent bystander be caught up in a revenge scheme rather than the intended target?