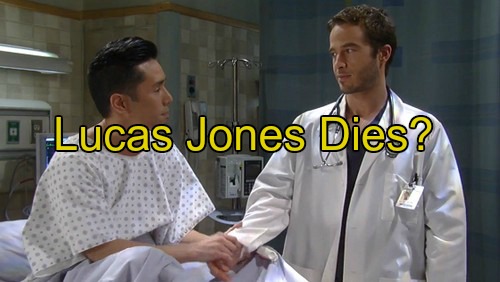 “General Hospital” (GH) spoilers tease that May sweeps this year will come with a devastating tragedy that will affect both the mob families in Port Charles and could knock them to their senses about the escalating violence in their lives. Is it Lucas Jones (Ryan Carnes) that dies?

GH spoilers say that we’ll find out soon that Lucas and Brad Cooper (Parry Shen) will set their wedding date to coincide with the Nurse’s Ball. But will tragedy strike before OR after the wedding if Lucas is the on who will die? Either way, it will be devastating for Brad and the rest of Port Charles.

When news of Lucas’ impending death leaked, General Hospital spoilers report that fans contacted Ryan Carnes to ask if the talk was true. While Carnes didn’t confirm his character death explicitly, his remark is quite interesting. Perhaps Carnes’ contract is up. He’s got a number of film projects listed on his IMDB page! 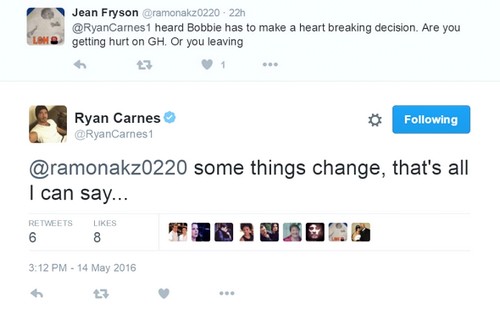 But what will happen? How could the good doctor end up dying? GH spoilers tease that Lucas finds himself in the wrong place at the wrong time. Morgan Corinthos (Bryan Craig) will have a vantage point that allows him to see what happens to Lucas but not intervene.

Morgan will watch from a distance and then later, a body is discovered near the rocks and Jordan Ashford (Vinessa Antoine) makes an arrest. Bobbie Spencer (Jacklyn Zeman) and Carly Corinthos (Laura Wright) will bond over the family tragedy.

Bobbie then has to make a terrible choice – will Lucas wind up in a coma and his mother has to decide to what to do. Julian Jerome (William deVry) will have to acknowledge that his choices have led to this disaster and him losing the son he’s only recently begun to know.

Other GH spoilers tease that Lucas’ loss will ruin the family. With both the Corinthos clan and Jerome family affected by Lucas’ death, will this finally mean the end to the rampant violence that has plagued Port Charles for far too long.

If Sonny Corinthos (Maurice Benard) is involved in Lucas’ death because of his vengeance quest against Julian, will Carly finally walk away from all the mob problems – and Sonny? Will this be the breaking point for Alexis Davis (Nancy L Grahn) that kills any chance she’d take Julian back?

What do you think GH fans? Are you sad that a character death is looming? Will you be devastated if Lucas is killed off? Do you think mob violence is to blame? Is Lucas caught in the crossfire of a Jerome vs Corinthos showdown?