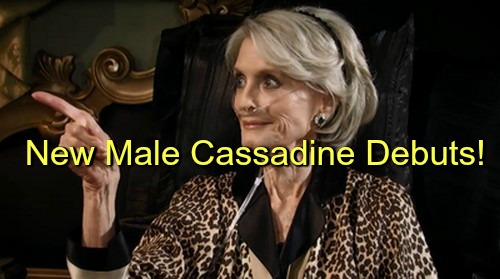 “General Hospital” (GH) spoilers promise that Helena Cassadine (Constance Towers) will continue to torment people from beyond the grave – that is, if she is really dead (many GH fans believe the old broad is still alive and kicking). The reading of her will promises to bring many surprises.

You’ll recall that Nikolas was very specific when he reassured his mother Laura Spencer (Genie Francis) that he had no concerns about the will reading. He said the “oldest male Cassadine” gets everything – the money, the power, the stuff. And that’s him, right?

Nikolas also told Laura and Hayden Barnes (Rebecca Budig) that his grandmother’s schemes had siphoned off money from the family fortune and he didn’t think Helena had much left to give so he thinks the will reading is a fait accompli. It’s not!

GH spoilers tease a surprise guest at the reading of the will and other longer stewing GH spoilers hinted that Nikolas might face money struggles like he’s never known at some point in the future. Is Hayden about to find out the bad side of that “for richer, for poorer” part of the wedding vows?

The mention of the eldest Cassadine heir may have been a bit of foreshadowing that there is another Cassadine we’ve not yet met – or one that may have survived (like Victor). Could a Cassadine male show up to reading of the will and stun Nikolas with the news that they are taking over?

According to the family policy and tradition, Nikolas would be second to that heir and would have to step down. That means he’d be either under this person’s control or out on his ear. What would the prince do without his crown if this happened?

Also, of interest is this question. Could Michael Easton be stepping into the role of the missing Cassadine heir? He’s certainly got the dark good looks to fit the bill. The Cassadine herd has thinned noticeably in recent years, so it would be great to have another dark prince on hand to make trouble.

Plus, it would serve Hayden right to find out she has nothing to gain from Nikolas. Of course, we know that Hayden has really fallen for Nik by now, but still, she also wants all the baubles and nice things that come from being Mrs Cassadine.

What do you think GH fans? Is Nikolas about to get the stunner of his life when he finds out he does not hold the reigns of the Cassadine empire? Do you think a new (or old) Cassadine will show up to the will reading and shock everyone?

Could Nikolas end up penniless and living like a townie? The horror! Share your comments below on what you think could happen to Nikolas’ fortunes when the will is unveiled. And check back with CDL often for more “General Hospital” spoilers and news.