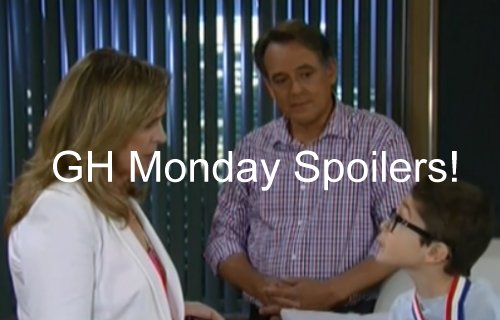 General Hospital (GH) spoilers for the Monday, July 11, episode reveal that Carly gets an unexpected ally, Theo moves in on the Cassadine Island crew, Finn rages at Hayden, Spencer is forced to tell the truth about his dad, and Michael and Sabrina get closer.

On Cassadine Island, Theo (James Patrick Stuart) makes his way into the house but Jason Morgan (Billy Miller) is already on high alert and certain the four of them are not alone. He warns Sam Morgan (Kelly Monaco) so they’re ready for whatever is coming their way.

Jason will likely assume it’s Nikolas Cassadine’s (Nick Stabile) allies that he threatened to call that have turned up, but Theo is no friend of Nik’s or the other Cassadines. General Hospital spoilers reveal that he’s really Valentin Cassadine, but will introduce himself as Theo so that Nikolas isn’t fully alerted to the coming danger.

After all, Nikolas well knows the name Valentin means unimaginable evil! Ava Jerome (Maura West) has some questions for Nikolas based on something she finds that once belonged to Helena Cassadine (Constance Towers). Does Ava find some evidence that Nikolas may have harmed his granny? 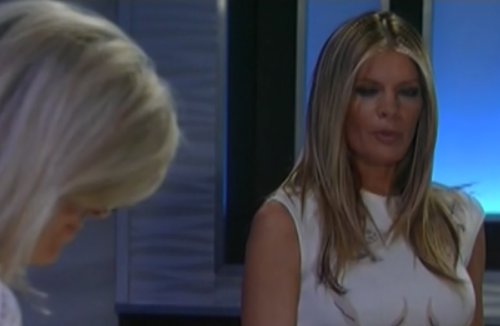 Ava wonders about Nikolas’ true character and whether he’s far more treacherous than he appears. Is this actual evidence against Nikolas or perhaps something left there by Theo to implicate Nik? Is this more of Theo/Valentin’s dirty work and just the start of his plans for Nikolas and crew?

Carly Corinthos (Laura Wright) tells Nina Clay (Michelle Stafford) about Josslyn Jacks’ (Eden McCoy) kidney mystery and Nina is intrigued and gets involved. It looks like Curtis Ashford (Donnell Turner) will be on the case soon looking into the medical matter.

Tracy Quartermaine (Jane Elliot) has great news for Hamilton Finn (Michael Easton) about his illegal pharmaceuticals. Turns out she can get them for him thanks to her wealth and influence. But when Tracy comes to share the good news, she finds Finn off the rails.

He’s ranting at Hayden Barnes (Rebecca Budig) over what he sees as a major betrayal. General Hospital spoilers reveal that Finn tells Hayden to leave and never come back but there’s no way she’ll let him kick her to the curb like that. 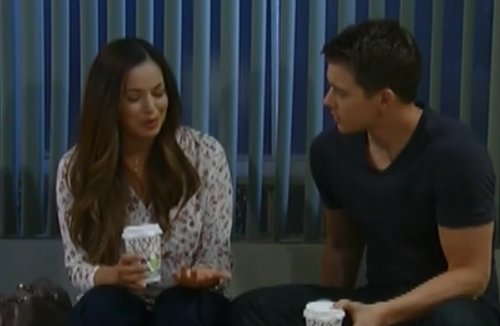 Over at GH, Sabrina Santiago (Teresa Castillo) tells Michael Quartermaine (Chad Duell) that she feels closer to him than ever and wants to be a family with him and her son Eduardo. Michael seems ready to jump in as well but General Hospital spoilers reveal someone from Sabrina’s past may interfere.

Also at GH, Spencer Cassadine (Nicolas Bechtel) is cornered by his grandma Laura Spencer (Genie Francis) and finally confesses to her and Kevin Collins (Jon Lindström) that Nikolas is indeed alive, although he tells her she can’t “handle the truth” channeling A Few Good Men. Laura is stunned.

Lots of action coming on the Monday, July 11 episode of GH as the Cassadine Island plot begins to kick into high gear and other action unfolds in Port Charles. Be sure to watch the show and then come back to CDL for lots more General Hospital spoilers and news.