‘General Hospital’ Spoilers: Nik Sides With Huxley Against Ava – Franco and Liz Get Hot – Nina’s Dirty Mind Out Of Control 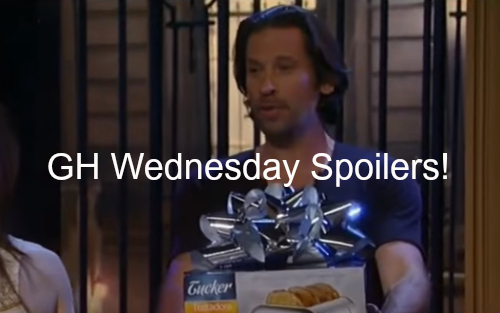 General Hospital (GH) spoilers for the Wednesday, June 22 episode reveal that Nina’s mind is in the gutter, Franco has a gift for Liz, Sam and Jason search for clues but run out of luck, Nikolas turns on Ava, and Morgan upsets Kiki’s big date.

Nina Clay (Michelle Stafford) can’t stop thinking about how hot the sex was with Franco (Roger Howarth). Nina fantasizes about Franco and is overcome with lust. Nina tells Maxie Jones (Kirsten Storms) how much she misses him.

That’s not the conversation you want to have with your boss. To make things stranger, a pink package full of sexy stuff is delivered to Crimson from a website called “Ecstasy Explosions.” What’s really crazy is to whom it’s addressed.

Related: Who Was PC’s Prettiest Bride – Vote in Our CDL POLL!

General Hospital spoilers reveal the package was sent to Julian Jerome (William deVry). Are these samples sent because he’s CEO of Crimson or something that Julian ordered? Needless to say, he doesn’t need the items now if that’s the case. 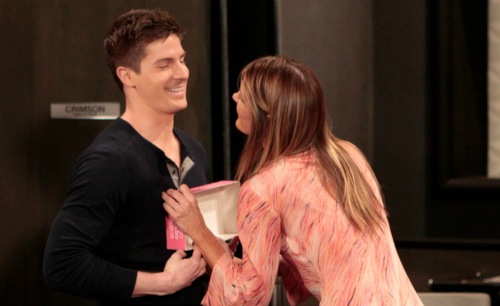 Julian and Alexis (Nancy Grahn) are definitely not going to be getting busy anytime soon but Nina is desperate for some loving. When Dillon Quartermaine (Robert Watkins) shows up to Crimson, GH spoilers tease he’ll be embarrassed by all of this.

Dillon should be heading back to meet Kiki Jerome (Hayley Erin) with the medicine he picked up, but will he find her alone or will Morgan Corinthos (Bryan Craig) still be there third-wheeling their first date? Probably so and Dillon won’t like it.

Morgan tells Kiki he needs to confess something important. Does Morgan want to get back with Kiki and will he tell her that Ava Jerome (Maura West) made him call things off with her? What will Kiki say to Morgan’s confession? Is she done with him?

Sam Morgan (Kelly Monaco) and Jason Morgan (Billy Miller) wonder how Nikolas Cassadine (Nick Stabile) and his lady friend could up and disappear out of the blue. How long until they figure out he’s with Ava Jerome (Maura West)?

Sam and Jason will toss Ava’s hotel room – any chance they’ll find the real statue? Did Ava have a forgery to throw off Huxley Lynch (Trent Dawson) or another thief? Is Ava really in the dark about the forged statue? 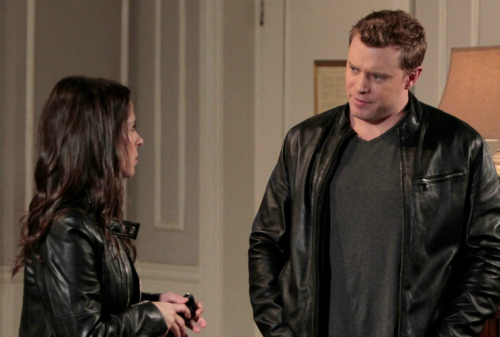 Huxley confronts Ava and says she’s lying. Ava gets in his face and insists she’s telling the truth. Interestingly, Nik takes Hux’s side and says he also thinks she’s lying. Is that so Huxley won’t come at him with his sword cane again?

Is Nikolas trying to buy time to escape? Or does he hope that by siding with Huxley, he’ll keep them safer? Whatever it is, this storyline is getting more interesting by the moment. Will Sam and Jason make it to Hux’s manor in time to find them?

Liz Webber (Rebecca Herbst) is surprised to find Franco at her door with a housewarming gift. Liz invites him in and they talk about Hayden Barnes (Rebecca Budig), Nina and more. Will Liz warm up and be welcoming or keep up her guard?

What do you think GH fans? Can Ava and Nik get away from Huxley before he snaps? Can Nina control her hormones? Does Liz already have a four-slice toaster? All this and more answered on the Wednesday, June 22 GH episode.

Be sure to watch then come back to CDL for more General Hospital spoilers and news.