Gwen Stefani and Christina Aguilera Enemies on The Voice: Behind the Scenes Drama Impacts Season 11 Casting? 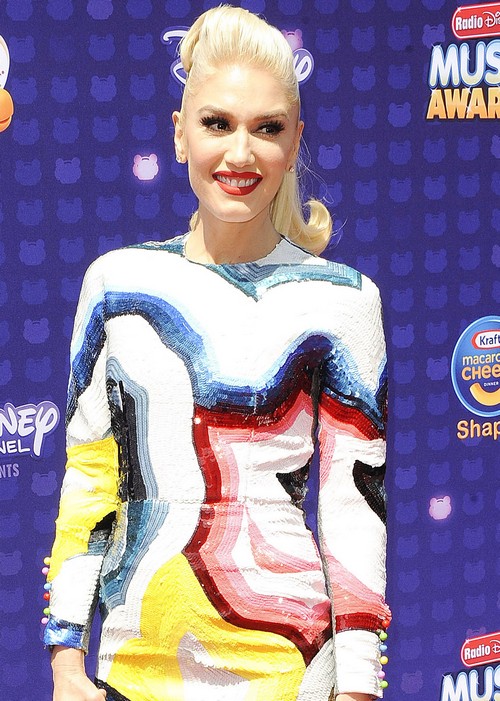 Christina Aguilera and Gwen Stefani are enemies on The Voice according to some Internet reports and yet other sources claim the two divas have nothing but love and respect for each other. The Voice plays host to a spectacular range of talent in the coaches big red chairs as well as with guest mentors, but are these egos doing battle backstage?

Radar Online and Gossip Cop are taking sides with one claiming backstage dustups and the other that it’s smooth sailing.

There has been talk that Christina Aguilera was threatened by the presence of other diva Gwen Stefani’s presence on the show. But even though Stefani vacated Aguilera’s red chair for Season 10, it looks like neither blonde bombshell singer will be around for The Voice Season 11.

Miley Cyrus and Alicia Keys have officially been announced as replacements for Pharrell Williams and Christina Aguilera. They will take up the middle chairs between Adam Levine and Blake Shelton and mix up the 3-to-1 men to ladies dynamic that’s been present the past 10 seasons.

But this announcement does NOT mean the backstage of The Voice has been drama-free. Perhaps jealousy between Gwen Stefani and Christina Aguilera caused NBC to go in another direction entirely – or perhaps there’s no story there at all.

Christina has been very polite about Blake Shelton’s lady love – if not gushing about it – and has applauded warmly when Gwen Stefani performed on The Voice. And Stefani was likely not available for Season 11 of The Voice anyway since she has a tour planned.

Plus, Christina Aguilera is busy producing a new musical themed game show for Spike TV so her hands are full. However, there is talk swirling that Aguilera blocked Gwen Stefani from filling her seat in Season 11 in a deal she cut with NBC producers.

A back door deal could have left Aguilera’s red chair open for Miley Cyrus. Pharrell’s departure was planned and he says he intends to come back in later seasons to sit in the red chair and coach again. But what will Season 11 of The Voice look like with neither Stefani or Aguilera there?

Alicia Keys is a diva in her own right but Miley isn’t much more than a kid – but to give her credit she’s been working in show biz her whole life. But it seems like Miley Cyrus might be out of her depth sharing a coaching stage with Alicia Keys, Blake Shelton and Adam Levine.

We’ll see how many artists opt for the new Millennial coach over tried and true winners Blake Shelton and Adam Levine and powerhouse Alicia Keys. Plus, if Christina Aguilera wins as coach this year – and it looks like she’s got a lock with Alisan Porter – that’s even more pressure for the two replacement ladies.

What do you think? Do you think there’s been a backstage diva duel at The Voice? Are you excited about Season 11’s addition of Miley Cyrus and Alicia Keys? Will you watch Season 11? And do you think Christina Aguilera will win Season 10?

Check back with CDL every Monday and Tuesday night for live recaps of “The Voice” and share your comments below.