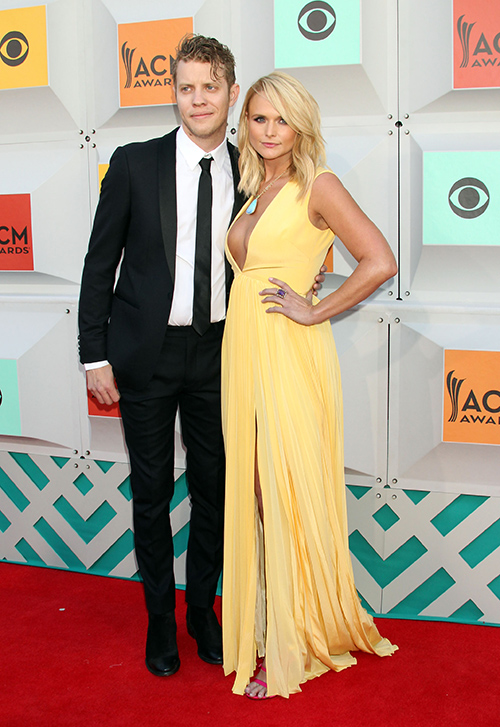 While there’s no doubt that Gwen Stefani and Blake Shelton’s romance has been making headlines for months now, the couple didn’t expect for Miranda Lambert to dedicate a whole new album to the demise of her marriage. Sure, Gwen Stefani and Blake Shelton’s careers have benefited from all the extra publicity they’ve been getting, but it’s safe to say that they are feeling quite threatening now that Miranda Lambert is looking to do the same thing after she’s managed to stay quiet for so long.

Multiple reports indicate that Blake Shelton and Gwen Stefani couldn’t keep their hands off of one another in front of their fans. The country singer joined his girlfriend on stage during her What The Truth Feels Like Tour stop in Detroit, Michigan this week. And that’s when Blake Shelton and Gwen Stefani proceeded to make out on stage after singing their duet together, ‘Go Ahead and Break My Heart.’

If that weren’t enough, Gwen Stefani, who described her own divorce from ex-husband Gavin Rossdale as ‘hell,’ couldn’t stop gushing about her boyfriend on Snapchat all night long. Sure, Gwen Stefani might be head-over-heals in love with her boyfriend, but there’s no reason for her to be acting like a love-sick teenager who posts selfies of her boyfriend all day long on social media. Gwen Stefani has a successful career, three children at home, and is also considered one of the hottest women on the planet. But yet she’s obviously still feeling very insecure about her relationship and Miranda Lambert for that matter even though Blake Shelton pulled the plug on their marriage well over a year ago.

While Miranda Lambert’s tears while singing a song she wrote with Blake Shelton sure isn’t helping, Gwen Stefani’s desperate attempts for attention are taking place on almost a daily basis. If she and her ‘The Voice’ co-star are as in love as they say they are, then no one has to worry about a Gwen Stefani, Blake Shelton, Miranda Lambert love triangle happening. After all, Blake Shelton is the one who initiated the divorce and isn’t looking back.

Tell us CDL readers, what do you think? Is Gwen Stefani worried about her Blake Shelton romance? Is she jealous of Miranda Lambert? Let us know what you think in the comments section below!