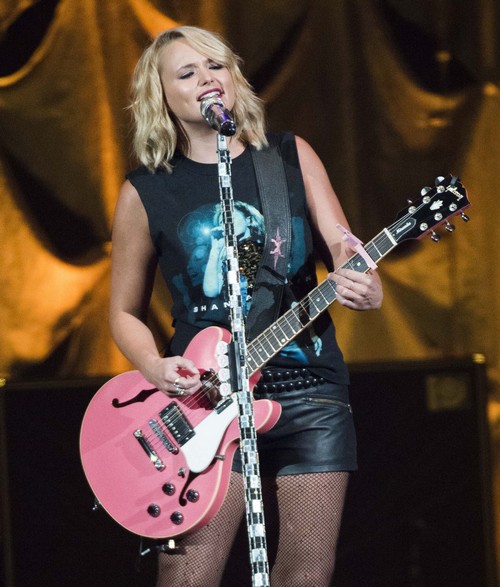 In her newly released song, “Vice,” Miranda Lambert hints that her divorce from ex-husband Blake Shelton is still on her mind, as she’s trying to move past their heartbreaking split in her very emotional lyrics.

Some of the lyrics include, “Another vice, another call, another bed I shouldn’t crawl out of. At 7.a., with shoes in my hand said I wouldn’t do it, but I did it again/And I know I’ll be back tomorrow night.”
If that weren’t enough, she also continues with, “Sweet salvation on a dining room table/Waiting on me, where the numb meets the lonely/It’s gone before it ever melts the ice.”

Before Gwen Stefani even entered the picture, Blake Shelton cheating rumors began when reports indicated that he might have been unfaithful to Miranda Lambert with fellow country singer Cady Groves. Of course, Blake Shelton denied the claims, but that wasn’t enough to save the ex-couple’s marriage. 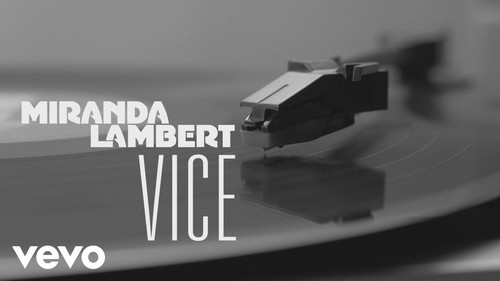 Blake Shelton and Miranda Lambert’s marriage ended last summer, during almost the same time Gwen Stefani pulled the plug on her marriage to her husband of over ten years, Gavin Rossdale. Blake Shelton and Gwen Stefani’s relationship started soon thereafter, and they’ve been constantly making headlines for their on screen PDA and their duet, “Go Ahead And Break My Heart.”

Yet, for Miranda Lambert, “Vice” is already making waves for being a more heartfelt and sincere track than the radio friendly, “Go Ahead And Break My Heart.” Sure, the Blake Shelton and Gwen Stefani duet might have made major waves with plenty of air play, but Miranda Lambert’s song might give her career the boost she needs right now, especially after dealing with a year full of emotional rollercoasters.

Miranda Lambert has yet to comment on the raw track but critics are already calling it one of her best songs of her career. It’s doubtful if she’ll ever confirm that the lyrics are indeed about her ex-husband.

After all, what would Miranda Lambert’s new boyfriend, Anderson East say knowing that she still has her ex on her mind? Or is she just still playing out her Blake Shelton divorce drama to help promote a new album? Let us know what you think in our comments section below!