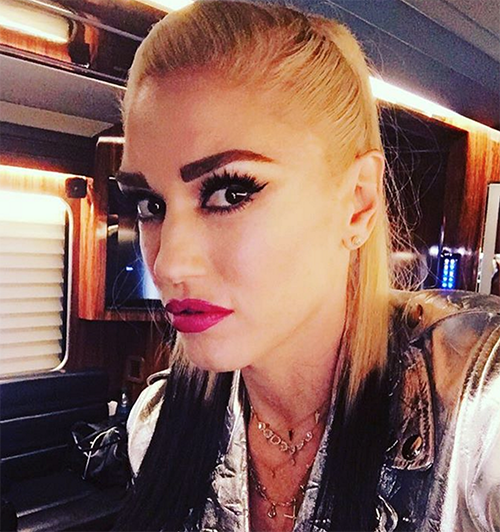 It looks as though Gwen Stefani might be feuding with another blonde star behind the scene, but this time around it’s not with Miranda Lambert. Instead, there’s a new report that suggests the chart topper is absolutely furious with her boyfriend Blake Shelton for his rather cozy relationship with controversial singer Miley Cyrus on the set of ‘The Voice.’

Blake Shelton and Miley Cyrus are getting too close for comfort – as friends, of course – and Gwen supposedly doesn’t like the fact that Miley is trying to replace her on the hit reality singing competition show.

According to OK! Magazine, one source behind the scenes even said, “When Miley turned up rocking Gwen’s signature blonde beehive for The Voice’s promotional photo shoot, Blake thought she looked adorable and texted Gwen a quick snap of her look. Gwen was furious. She’s already suspicious of Miley’s flirty ways, and dressing like her younger self really set off the warning bells.”

If there’s one thing that Miley Cyrus knows how to do all too well, it’s provoke another female into believing that she has something up her sleeve. Miley knows that she’s younger, she’s hotter, and she’s more relatable to viewers than Gwen, who, despite her being an industry icon, hasn’t had a hit single in years. She could very well end up as a permanent fixture on ‘The Voice’ while the only thing Gwen Stefani has going on is her PDA-heavy showmance with Blake Shelton, which will most likely fizzle out once the ratings for the show drops.

Sure, Gwen might think that Miley is flirting with Blake, but there’s very little chance that the ‘We Can’t Stop’ singer would actually get in the way of Gwen and Blake. Anyone who knows Miley knows that she’s just there to ignite a little drama while having fun at the same time, too. Plus, Miley is still engaged to her on-again, off-again fiancé Liam Hemsworth, and the last thing she wants to do is completely destroy her relationship with him with a meaningless fling with a country singer she has no real interest in. But considering just how insecure Gwen Stefani is, she’s willing to believe just about anything, even something as ludicrous as Miley and Blake hooking up.

Tell us CDL readers, do you think Gwen Stefani has a reason to be worried about Blake Shelton flirting with Miley Cyrus? Is Miley trying to oust Gwen from the show? Let us know what you think by dropping us a line in our comments section below and, of course, don’t forget to check back with CDL for all the latest news and updates on all of your favorite celebrities right here.

Me and this boy @sbradleymusic Gx 💕