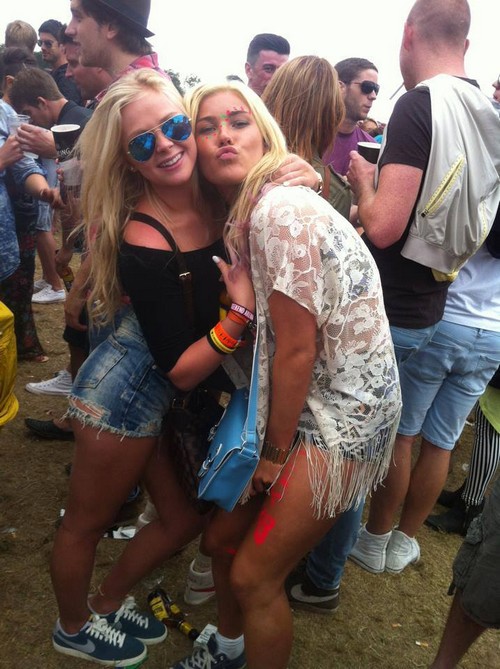 Could Henry Cavill’s 19-year-old girlfriend Tara King wind up giving the star a social media PR nightmare like Marisa Gonzolo, his last young girlfriend? Yeah! Yeah! We all know age is just a number, but the last time Henry Cavill dated a much younger girlfriend, we weren’t surprised that it ended badly.

Now, history could be repeating itself with the “Batman V Superman: Dawn of Justice” actor’s romance with 19-year-old Tara King.

Cavill is Hollywood’s much-talked-about heartthrob ever since he played the titular “Man of Steel” role. Each hookup he makes is guaranteed to draw in much attention. However, it seems the 32-year-old British hunk does not mind the attention at all…or so we think.

Ben Affleck’s costar is currently seeing a Bristol University student, who is 13 years his junior. Quickly identified by the media as Tara King, Henry Cavill’s dyed blond girlfriend became an Internet sensation overnight since she was spotted with the buff Hollywood actor at the Rugby World Cup in Twickenham in October last year, according to Mic.

Henry and Tara reportedly met at Mahiki, a nightclub in London, two months prior. It did not take long for them to hookup since. Speaking of the first time they met each other, Cavill revealed that he felt “intimidated” and he “wanted to impress her.”

And now that they are a thing, many are intrigued and closely following their relationship, perhaps placing their bets on how long this would last—not that it is some sort of a fling. Because the way the “Batman V Superman” actor sees it, his girlfriend is mature for her age.

He was even quoted as saying, “People say age is just a number. It’s actually real and true sign of someone’s maturity. However, in this case, she’s fantastic.”

We’re hoping that Henry’s right with this one. After all, the last time he dated someone much younger than him, he ended up dumping her due to her huge appetite for the limelight and Hollywood fame. We are talking about no other than Marisa Gonzalo, whom the actor dated when she was just 21.

Gonzalo was, of course, notorious for killing animals and showcasing them on social media as what Perez Hilton found out. Interestingly, it was not for this reason that the 32-year-old got rid of her.

Rumor has it that Cavill found out that it was Gonzalo all along who was leaking their intimate photos online to bask under media attention.

So far, it has been a smooth sailing for Henry and Tara. She does not seem to be hungry for fame. And although it was recently revealed that she’s jealous of her beau’s costar Gal Gadot, it was more of an admiration for the 30-year-old Israeli actress’ confidence and Wonder Woman role and nothing antagonistic for that matter.

Do you think Tara King would turn out to be just as bad as Henry Cavill’s ex Marisa Gonzalo? Sound off below and tune in to CDL for more of the latest Hollywood bits and gossip.

Premiere of ‘Batman vs Superman: Dawn of Justice’ at St. Regis Hotel on March 19, 2016 in Mexico City, Mexico by FameFlynet – also pics of Marisa Gonzalo and Tara King from social media.