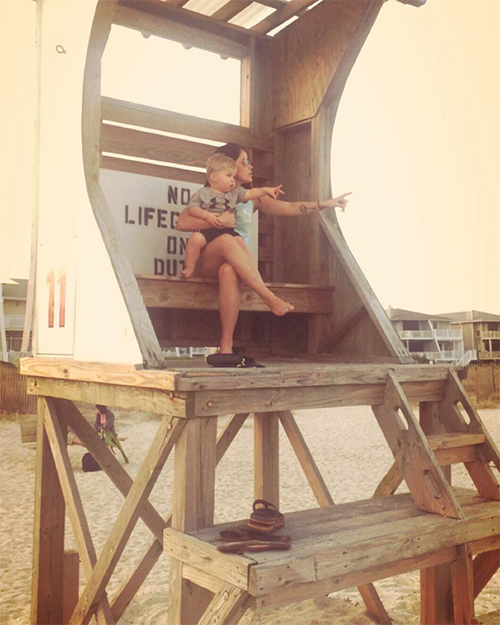 “Teen Mom 2” star Jenelle Evans may be diverting her attention away from the full custody battle involving her ex, Nathan Griffith, and the son they share together. Instead of thinking about the outcome of the case, the 24-year-old reality actress is currently wondering whether or not her other son, soon-to-be 7-year-old Jace, is ready to own a cellphone.

Just this Tuesday, Jenelle took to Twitter to ask her millions of followers if it’s about time for Jace to get his own cell phone. She wrote: “What is a good age to buy your child a cell phone? Jace is 6 and will be 7 in August. He’s BEGGING for one. Should I?”

Although she answered her query with “I don’t think so,” many of her fans gave their two cents on the matter. One responded, “A 6-year-old has no business with a cellphone.” The same fan noted, “I just don’t think children are responsible enough to have a cellphone until they are teens.”

Meanwhile, another follower overtly slammed Evans and even compared her with her “Teen Mom 2” costar Chelsea Houska, who previously asked her fans on social media: “Does anyone have the GizmoPal for their kiddos?! If so, do you like it?”

While Jenelle Evans could be spoiling Jace with a cell phone on his seventh birthday, the drama with her baby daddies seem to be inescapable. Late last year, Jenelle had a fight with baby daddy number 1 Andrew Lewis because the former did not let the latter see his son. Radar Online reported that Lewis even called Evans just to tell her, “You won’t let me see Jace. This is no fair.”

Now history is repeating itself. But this time, baby daddy number 2 Nathan Griffith is going to court to secure full custody of Kaiser. The former couple’s due to meet in court next Monday, according to a Radar Online insider, and this will be the first time Jenelle and Nathan will be directly confronting each other in months.

The court meeting between the two is said to be a “mediation orientation” that will hopefully settle the issue and give each parent negotiable custody terms. A source revealed, “For mediation, it would be Jenelle and Nathan in a room with a legal authority overseeing their talks.”

Following the custody battle, the MTV stars are set to appear in court again next month to settle the pending child support case Evans filed against Kaiser’s father, whom she thinks is still enjoying monetary benefits from serving the military. Check out CDL for more “Teen Mom 2” news and updates!