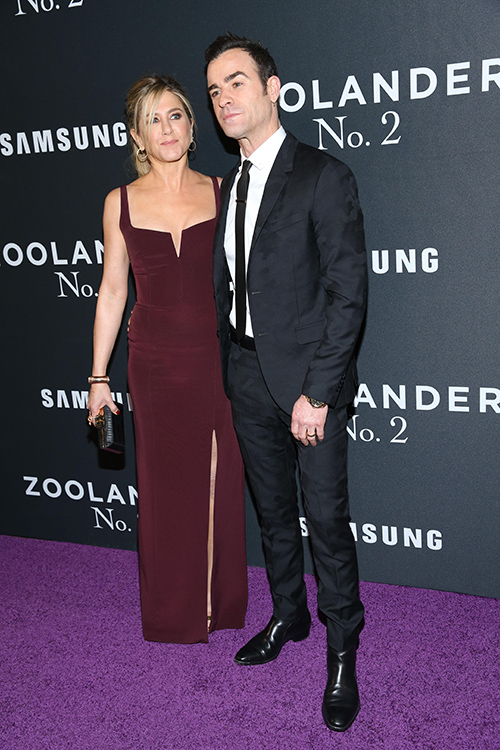 Is Justin Theroux cheating on Jennifer Aniston with Kristen Wiig? It’s no secret that Justin Theroux has really dropped the ball when it comes to his husband duties. First, he made Jennifer Aniston wait years before he made her an honest woman, then he left his new bride home and alone and went to Texas to work on his sinking ship of a TV show, “The Leftovers” – and now it is starting to look like he may have a bit of a wandering eye.

According to a new report from this week’s edition of In Touch Magazine, Justin Theroux has been spending way too much time with actress Kristen Wiig. Kristen and Justin recently filmed “Zoolander 2” together, and the two actors bonded on the set of the new movie. Justin’s wife is not impressed with Justin and Kristen’s newfound friendship – and she is jealous of his new BFF.

An insider dished to In Touch Magazine, “Justin and Kristen have gotten closer since they made [the movie] together and Jen is very jealous. She’s insecure, and the fact that Kristen is attractive and funny doesn’t help!” Kristen Wiig doesn’t really strike us as the homewrecking type, but hey, stranger things have happened in Hollywood!

This isn’t the first time that Justin Theroux’s “friendships” with other women have raised a few eyebrows. Remember when he was accused of trying to hook up with Jen’s pal Selena Gomez at a Hollywood party? And there were also those nasty rumors about Justin and his “Leftovers” co-star Margaret Qualley getting a little too close while they were filming the HBO show in Texas.

What do you guys think? Should Jennifer be worried about Justin and Kristen? Do you think Theroux and Wiig might have gotten “too close” while they were filming “Zoolander 2?” Let us know what you think in the comments below!