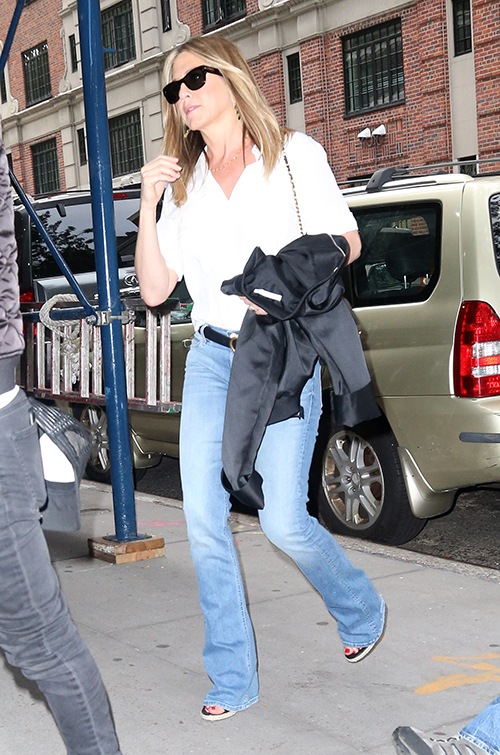 Jennifer Aniston isn’t the cute Hollywood sweetheart she wants everyone to believe she is. In fact, the real Jennifer might be the exact opposite and that’s why there are reports stating that the actress is furious that her mother Nancy Dow’s former caregiver wants to write a tell-all book about her, revealing the supposed dark side of her personality.

Jennifer Aniston’s mother Nancy Dow passed away earlier this year after battling with a long-term illness. And even though Jennifer and her mother were estranged for years, reports indicated that she did indeed meet with her mother on several occasions to clear the air between them before her death. The Hollywood actress allegedly held an almost two-decade long grudge against her mother for dishing the dirt on her daughter to the press during the height of her ‘Friends’ fame back in the mid-1990s. Jennifer could never forgive her mother for selling her out to the media and didn’t even invite her to her 2000 wedding to Brad Pitt.

According now to In Touch Weekly, Nancy Dow’s caregiver wants to write a book about Jennifer’s relationship with her mother before her death. One source told the publication, “The strain between Jennifer and her mom was ‘terrible’ in the final months of Nancy’s life. The caregiver was present for the few phone calls and even fewer meetings between Jen and Nancy – she wants to expose the real Jennifer Aniston. Nancy was so sick and lonely.”

Of course, now that her mother is dead, the only person who truly knows the truth about what really went on between them is Jennifer Aniston herself. If the caregiver does write the book, it will label her as a cold, heartless woman who refused to show any love to her dying mother, and that’s not what Jennifer wants. She’s long worked to build her Hollywood relationship as the good girl next door and the last thing she needs is for the public to turn their back on her.

Jennifer has long dreamed of being the queen of romantic comedies, not the evil villainess. That’s why she’s fought hard to keep her problems with her mother well-hidden from the media, as she doesn’t want the real truth exposed. Nancy Dow’s caregiver’s allegations will hurt Jennifer personally and professionally. Do you agree, CDL readers?