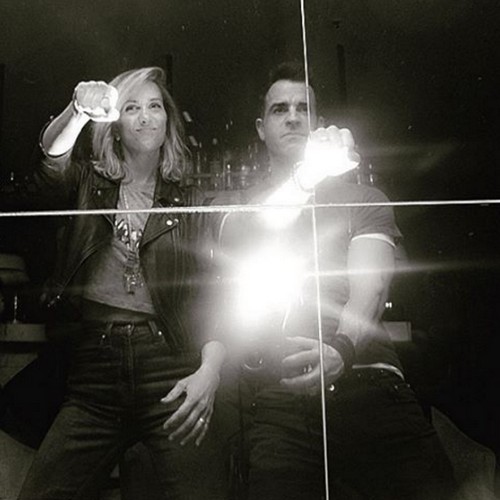 Has Justin Theroux’s partying with “Zoolander 2” co-star Kristen Wiig made Jennifer Aniston jealous? Are Justin and Kristen more than friends – are they having an affair?

Star magazine recently received a tip from an insider that Jennifer decided to surprise Justin while he was in Rome filming “Zoolander 2” last year. Jennifer reportedly used the surprise to check up on Justin and “make sure there was no hanky-panky going on.”

Justin reportedly was not pleased that Jennifer is so insecure she had to fly halfway across the world to check up on him while on location. The source says that Justin is sick of Jennifer’s constant need to keep tabs on him because she thinks Justin is cheating.

Kristen is single and talented and a hot commodity in Hollywood. She can star in independent as well as big budget films and is able to flip back and forth between comedies and dramas. This allegedly makes Kristen very attractive to Justin. Sources divulged that Justin thinks Kristen is smart, sexy and funny.

Jennifer Aniston is allegedly scrutinizing Justin Theroux’s phone calls and texts for any suspicious activity. Aniston is aware that Kristen Wiig is currently single and has a lot in common with Justin. Sources say this makes the actress very nervous about Justin and Kristen’s close friendship.

CDL has previously reported that Jennifer and Justin were on the brink of divorce. The couple each has their own bedroom and rarely spend time together. Friends say that’s the way the couple has always been. Jennifer and Justin need a lot of personal space and this isn’t a sign the marriage is in trouble.

Maybe the Instagram photo Justin posted about a month ago is a warning sign. A black-and-white photo captioned, “Ridin dirty at the club with kwiigz #berlin” might make a wife wonder, don’t you think? Is Jennifer Aniston is scared of being blindsided by Justin Theroux the same way she was betrayed by Brad Pitt? Not that Kristen Wiig is in Angelina Jolie’s league as a home-wrecking cheater.