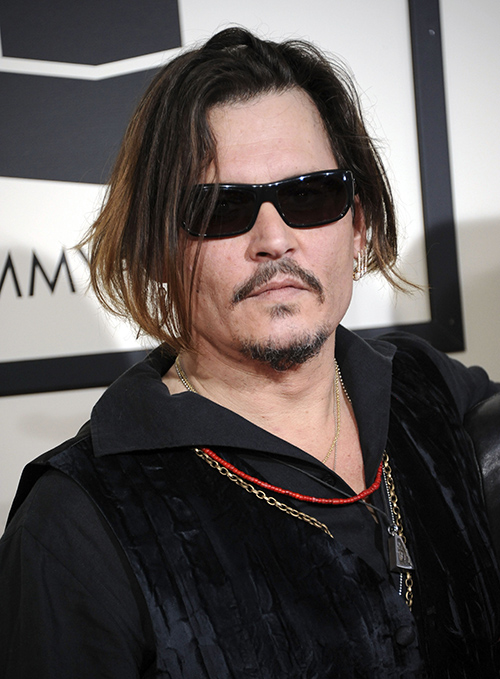 Is Johnny Depp headed to rehab? It’s no secret that Johnny Depp parties like a rockstar. Depp’s drinking has been covered widely by the media over the past few years – and reportedly even got in the way of filming the recent installment of ‘Pirates of the Caribbean.’

Although Johnny Depp has never actually acknowledged he has a drinking problem, he all but confirmed it at the 2014 Hollywood Film Awards when he took the stage drunk and gave a bizarre speech that left viewers puzzled while he slurred his words.

According to this week’s edition of National Enquirer, Johnny Depp’s drinking has reached a whole new level, and his friends are seriously concerned for the actor. This isn’t the first time Johnny’s drinking has been a concern for his health. In 2015, his wife, Amber Heard, reportedly gave Depp an ultimatum and told him he had to choose between her and his booze or she would leave him. But, it looks like Amber Heard didn’t make good on that promise because they are still very much together.

An inside source told the National Enquirer that Johnny Depp is in desperate need of a trip to rehab. The insider dished to the tabloid, “Johnny needs to get some help, and he needs to get it fast.” The source added, “There’s nothing funny about his situation. I’m afraid the only thing that’s going to help him is treatment.”

Call us crazy, but we don’t see Johnny Depp willingly checking himself into a treatment facility. If Amber Heard threatening to divorce him wasn’t enough to sober up the ‘Pirates of the Caribbean’ actor, then most likely nothing will. What do you guys think? Does Johnny Depp need help, or are his “friends” exaggerating a bit about his drinking problem? Let us know what you think in the comments below!