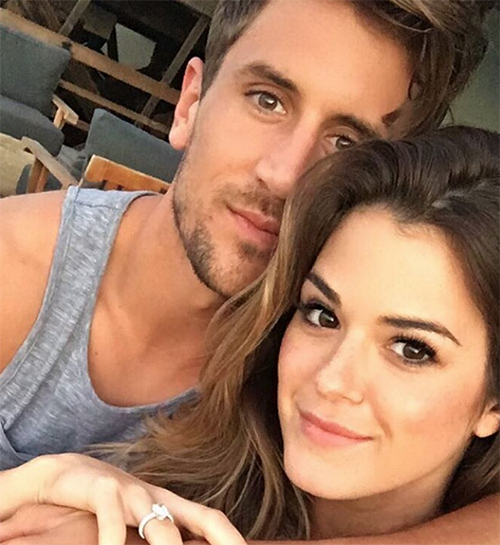 If you have been holding out for an ABC wedding featuring Bachelorette Jojo Fletcher and her 2016 winner Jordan Rodgers, don’t hold your breath. Jojo Fletcher and Jordan Rodgers’ engagement was basically doomed from the start. The moment that Jojo confronted Jordan Rodgers on live television about his alleged cheating and ex-girlfriend Brittany Farrar, we all knew their relationship was not going anywhere, even if Jordan Rodgers did receive the final rose and get down on one knee and propose.

Jojo Fletcher is either totally delusional or an amazing business woman. We haven’t figured out which yet. Jojo has been on SnapChat and Instagram doing some major damage control and trying to convince either herself or the general public that she and Jordan Rodgers are happy and in a good place. In reality, Jordan’s true colors are starting to show, and rumor has it that the couple is no longer living together in Dallas but in SEPARATE homes.

Since news broke that Jojo Fletcher and Jordan Rodgers had gotten into a fight over his lies and she kicked him out, Jojo has been on a mission to prove skeptics wrong about their relationship on social media. The more stories that are published indicating that there are problems in paradise, the more relationship propaganda Fletcher posts on social media.

Either Jojo Fletcher is completely clueless and honestly thinks that she can change playboy Jordan Rodgers’ ways and get a happily ever after. Or, like many of her Bachelor and Bachelorette co-stars, Jojo is “working the system” and determined to make her 15 minutes of fame last a bit longer and be a bit more profitable. Any one who follows the shows knows that as soon as a couple splits up, they drift into oblivion.

What do you guys think? Did Jojo Fletcher and Jordan Rodgers really break up, and they are just keeping the stunt going to further their own careers? Or does Jojo honestly still believe that she and Jordan Rodgers are getting married? Share your thoughts in the comments below and don’t forget to check CDL for all of your Bachelorette 201 spoilers and news.

So proud of this boy right here– Not only is he the most loving, kindhearted and selfless man.. But also unbelievably hardworking and driven. Congrats on your first week w/ the SEC Network bubbi! You deserve it. 😘 @jrodgers11

Happy wife happy life right?! Rocking babes shades 😎 So proud of the love of my life for launching her own line of sunglasses today with @diffeyewear!  The best part about the collaboration is that for the first 24 hours of the launch they will be donating TWO pairs of reading glasses for each and every pair of sunglasses that they sell to their partner charity “Eyes on Africa”. No better way to spend my bday than with this girl by my side and supporting this amazing cause, help out at www.diffeyewear.com