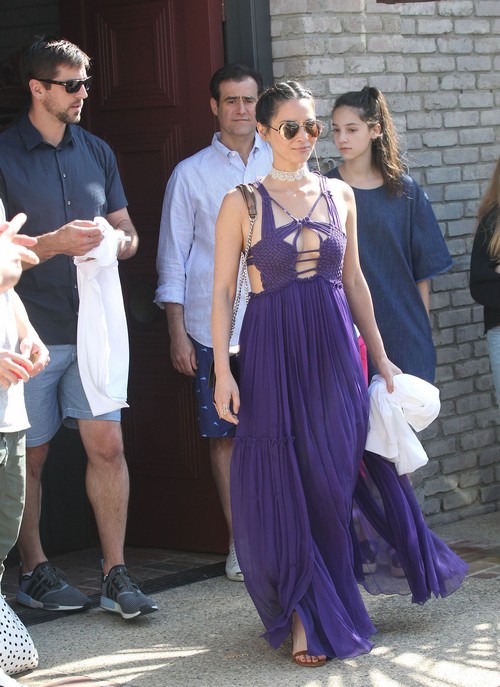 Not everyone is happy with the news that The Bachelorette 2016 winner Jordan Rodgers and JoJo Fletcher are engaged – Jordan’s estranged brother, Aaron Rodgers, and girlfriend, Olivia Munn, are less than impressed.

This season’s finale of The Bachelorette 2016 brought the engagement of contestant Jordan Rodgers with star JoJo Fletcher. According to Life and Style magazine, Jordan Rodgers’s brother, Green Bay Packers quarterback Aaron Rodgers, refuses to meet JoJo or introduce him to his girlfriend Olivia Munn.

The couple confirmed that Aaron Rodgers has not met JoJo on After The Final Rose, despite the two making a trip to Jordan’s hometown on the June 18th episode of the hit show.

It’s no secret that the two famous brothers have had their disagreements in the past. Jordan’s decision to be a contestant on The Bachelorette was not well received by either Aaron Rodgers or his girlfriend Olivia Munn, neither of which, according to a source quoted in Life and Style, are fans of reality TV. Adding more fuel to the fire was Jordan’s decision to discuss his troubled relationship with his famous brother on an episode of the hit show.

According to US Weekly, the family troubles began when Aaron Rodgers began dating Olivia Munn two years ago. The actress, who stars in X-Men Apocalypse, is said to have “a strong personality and every meeting with [the family] has gone badly.” The famous brothers’ father, Ed Rodgers, on the other hand, hinted at a deeper source of the family’s strife saying in a June 18th episode of the show that “fame can change you.”

Despite the ugly family squabble, both JoJo Fletcher and Jordan Rodgers are excited about their engagement and looking forward to the future. When asked by the host of After The Final Rose if the relationship between him and his brother had changed, Jordan replied “anything with my family, JoJo’s been a part of my family and any conversation we have about that moving forward are with us and about us and we’re excited about starting that journey with our families.”

Although the couple has not yet set an official wedding date they hope to have their nuptials sometime next year. As it stands, it appears that both Aaron Rodgers and Olivia Munn will be absent from the ceremony. They may be the only ones not witnessing the two say “I do” however, as the couple recently told Good Morning America that they have not ruled out televising their wedding so that everyone could share their joy.

What do you think – is there any hope that the two brothers will reunite in time for the wedding? Is Olivia Munn really the source of the brothers discord? Come back to CDL for all your Bachelorette news and updates!