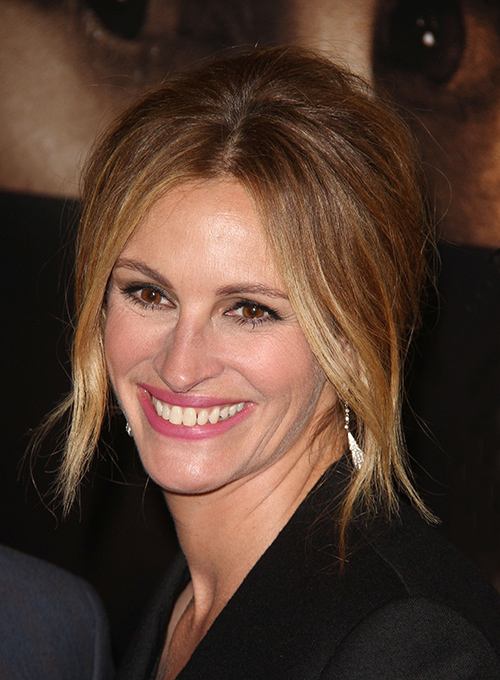 Julia Roberts allegedly believes husband Danny Moder is cheating. There is speculation that Julia is absolutely devastated, forced Danny to move out of the couple’s home, and has demanded a divorce. A source spoke with OK! magazine and revealed that Julia is “surprisingly insecure” and believes Danny is having an affair, even though Julia does not have any proof or any reason to believe that Danny is seeing another woman.

Apparently, Julia’s thinks that because Danny left his first wife for her that it’s possible Danny will now dump Julia for another woman. The source says that Moder and Roberts have marital problems – reportedly the spark isn’t there anymore – but that Danny isn’t cheating. Because Julia Roberts has these trust issues, even after nearly 14 years of marriage, the insider divulged that the couple is now living in separate homes.

This friend close to Julia said the actress spent about $7 million on a house across the street from the couple’s mansion on the beach in Malibu “It’s so [Danny Moder] can live there and still spend plenty of time with the kids.

Danny and Julia reportedly haven’t been spotted in public together since Christmas. Friends reveal the couple hasn’t spent time alone together either. Apparently, Julia is no picnic to live with – actually, “she can be emotionally draining. There’s always something playing in her mind, and [Julia] takes everything out on Danny.”

But Danny’s no angel either –friends say the guy is somewhat of a cold fish. The source points out that Danny Moder was nowhere to be found when Julia Robert’s mother passed away last year. Danny was spotted surfing instead of being there for his wife and children.

The insider claims that Julia will do anything to protect the well-being of the couple’s kids, twins Hazel and Phinnaeus, 11, and eight-year-old Henry, which includes giving Danny Moder whatever he wants in the divorce settlement. Basically, Julia Roberts just wants to end the marriage quickly and with as little drama as possible.