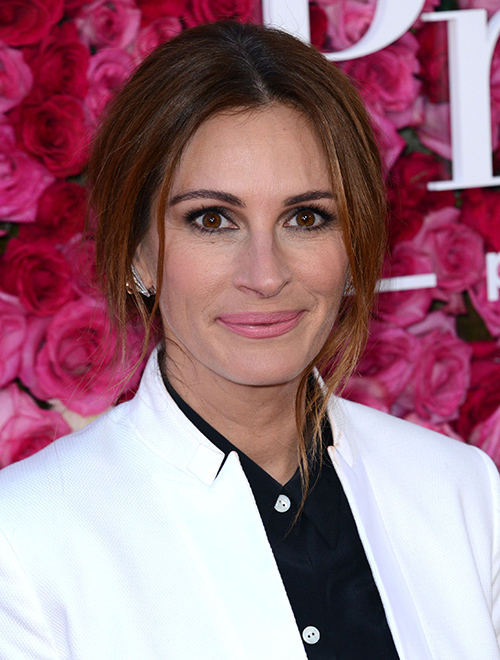 Is Julia Roberts pregnant? According to a new tabloid report, the 48-year-old actress is pregnant with her fourth child with husband Danny Moder. This week’s cover of Star Magazine features a photo of Julia Roberts and headline reads, “Julia’s Joy: A Baby At 48!” The cover goes on to tease, “Julia and Danny saved from the brink of a divorce.”

In this age of modern medical miracles, being pregnant at 48 years old is not as strange as it sounds. However, we aren’t entirely convinced. According to Star Magazine, Julia is just as shocked as everyone else – and never expected to wind up pregnant with another baby this late in the game.

Julia Roberts and Danny Moder’s marriage has been on the rocks for years. Between his issues with Julia’s family and her own issues with her family, combined with the fact that Danny was envious of her career (allegedly), the media has been counting down the days until the couple’s divorce announcement. If Julia is indeed pregnant, that would explain why she and Danny Moder suddenly decided to try and make the best of their marriage.

An inside source dished to Star Magazine, “The buzz is that she’s about two months along at this point… Julia never in her wildest dreams would have imagined being pregnant at 48. She and Danny must be taking it as a sign that they were meant to save their marriage.”

With Hollywood divorces at an all time high these days, we can say pretty confidently that having a baby has not saved any other marriages. So, the odds aren’t exactly in Julia and Danny’s favor – but, hey, maybe they will prove us all wrong.

So, do you believe that Julia Roberts is really pregnant with a miracle baby at 48? Share your thoughts and theories in the comments below!