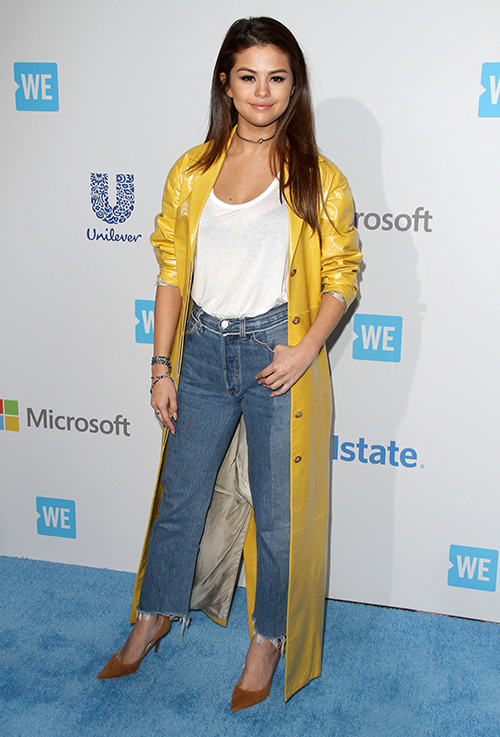 Fans of Selena Gomez are very much thrilled with the news of her producing a biographical drama for Lifetime. Everyone’s wondering, though, if Justin Bieber will be included in the biographical series. Gomez and Bieber have been in an on-again-off-again relationship since 2010 and, undoubtedly, the Canadian singer and songwriter has been a huge part of the popstar’s life.

According to Hollywood Life’s exclusive source, the story will definitely tackle Selenita’s love life – but the focus of the story will be far from that. While the “Sorry” hitmaker played a major role in her life, the series will concentrate on Selena Gomez and not about the whirlwind romance she had with Bieber.

Meanwhile, the 22-year-old Canadian singer has yet to share his insights on his ex-girlfriend’s planned show. There is no title for the biopic series yet and everything is still in the works. However, fans are already favoring songs from Selena Gomez’s latest album Revival like “Survivors,” “Perfect,” and “Me and My Girls” as choices for the show’s title.

It has been reported that the series will be similar to “Entourage,” a comedy-drama series based on the Hollywood experiences of Mark Wahlberg.

While most of her avid fans are excited, many are still skeptical of the idea of a biographical drama. After all, she’s only 23. Many claim that her accomplishments are still not worthy of such recognition.

If her love story with Justin Bieber is yet to be confirmed, what could be expected of the series then? Apparently, the biographical drama series will highlight her career journey. The moment she started acting at the age of nine for the popular kids’ show “Barney & Friends” to her successful stint on Disney Channel; eventually, she became an award-winning performer.

Young she may be, but the actress had gone through a lot. Unknown to many, Gomez’s perseverance and talent helped her rise from poverty. Selena’s story may not be done yet but there’s no doubt that she has been making a big success as she manages an amazing acting and singing career.

The 23-year-old “Good for You” singer will be teaming up with actor Kevin Spacey, producer Dana Brunetti, and her mom Mandy Teefey to produce the series based on her struggles and success in life.

Who will get cast as Selena Gomez in the series?