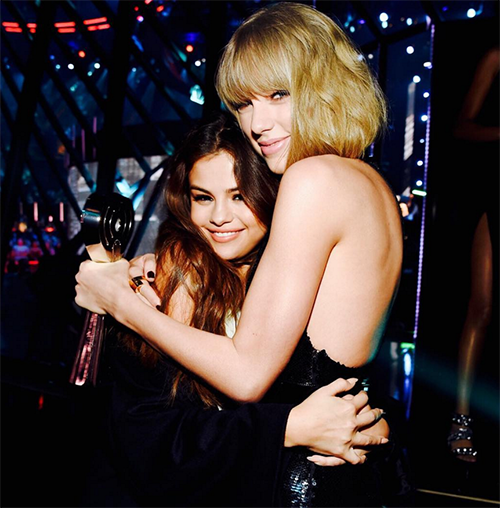 A new report from Hollywood Life is indicating that Justin thinks he and Selena Gomez would be back together by now if it weren’t for her pal Taylor Swift disapproving of their relationship. One of the website’s insiders stated, “Justin knows Taylor doesn’t like him and never will and the feeling is mutual, but he is smart enough to know not to say anything in public or on social media because he knows all the scrutiny he’d endure.”

It’s no secret Taylor Swift, aka Regina George with a couple of Grammy awards, is a bit controlling when it comes to her squad of Hollywood Mean Girls. On more than one occasion, there have been reports of T-Swift’s BFFs being a bit disgruntled with their fearless leader because she was dictating who they could and couldn’t date and hang out with. So, there is no doubt in our minds that Taylor has had some involvement in Selena and Justin’s relationship.

But, Biebs is delusional if he thinks Taylor is the root of all of their problems. Did Taylor force Justin to hook up with Hailey Baldwin, or Kourtney Kardashian, or any of those half a dozen other random Instagram models whose names we never bothered to learn? If Justin is looking for someone to blame for the demise of his and Selena’s relationship(s), he might want to take a long hard look in the mirror.

What do you guys think? If Taylor wasn’t around, would Selena and Justin have gotten back together by now? Let us know what you think in the comments below!