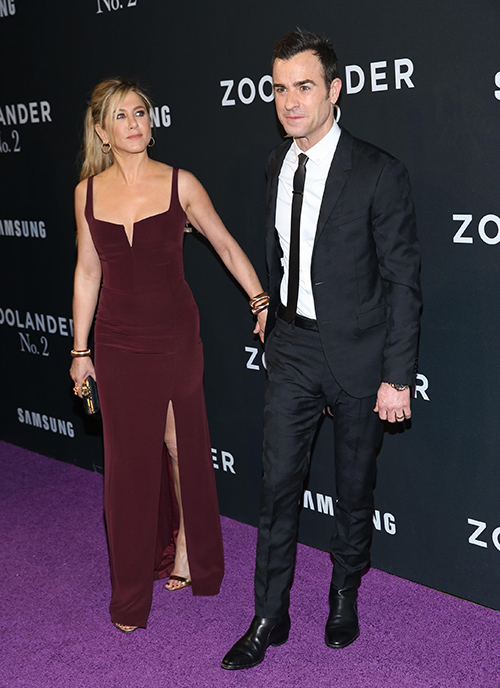 Are Justin Theroux’s career woes creating some friction between him and Jennifer Aniston? The tables sure have turned for recently married couple Jennifer Aniston and Justin Theroux. It wasn’t too long ago that Jennifer Aniston was begging Justin to take a break from his career so they could get married and he could make her an honest woman (finally). Now, according to a new report, Justin is the one doing the begging, and he is pleading with his wife to help him save his plummeting career.

Last year, Justin Theroux’s HBO show “The Leftovers” was cancelled – and that seemed to occur during a string of bad movies too. Now, according to OK! Magazine, Justin is begging wife Jennifer Aniston to use some her Hollywood connections to help him get his career back on course. OK!’s source explained, “Justin’s putting a light-hearted front on things right now, but he’s absolutely devastated at his string of movie flops—Zoolander 2, Rock of Ages, Wanderlust—and has no choice but to rely on Jen to help him out.”

Of course, Justin isn’t the only person that is upset about his failing movie career – his new wife is not too impressed either. She was certain that ‘Zoolander 2’ would be Justin’s big comeback. Jennifer has two choices, either part ways with Justin and disassociate herself from her husband and his lackluster career. Or, make some phone calls and find a big name producer to back him in a new movie. Most of Jen’s movies turn out to be ratings gold, maybe she could just get him a spot on her next film.

A break-up seems unlikely seeing as how Aniston waited half a decade for Justin to marry her. So, it looks like the actress will have no choice but the latter – and get her hubby a couple of pity roles. Do you guys think Justin is just using Jennifer Aniston to keep his career afloat? Is that why he finally married her after the longest celeb engagement ever? Share your thoughts in the comments below!