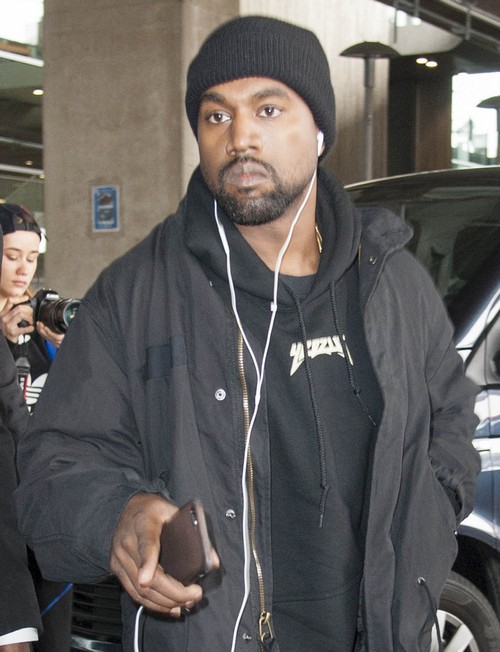 Remember Kanye’s supposed meltdown last weekend at Saturday Night Live? Well, it was very REAL – and some greedy SNL employee recorded the whole thing and sold it to Page Six. We love a good train wreck – and we seriously can’t get enough of Kanye West’s downward descent in to madness. And what’s even better about Kanye’s very public and very drawn out breakdown, is that it is all being documented all over the Internet.

Seriously, Kanye West has officially lost his marbles. At this point, I almost feel bad laughing at him – because he is clearly not okay. Like, how much longer is Kim going to let her husband destroy what he has remaining of a career before she gets the man the help that he obviously needs. We get that they are going for the whole “mad artist” image, but it’s getting a little out of hand.

So, what made Kanye West bug out and threaten to not film Saturday Night Live? Well, supposedly it has something to do with the set – in all honesty, we’re not sure. Considering it is Kanye West, someone may have just looked at the loose cannon wrong.

Either way, the audio from Page Six is hilarious – you can check it out below. And, seriously what is Kanye’s obsession with Taylor Swift? Why is he still ranting about the poor girl? Personally, I think Tay might want to start shopping around for a restraining order.

In the recording Kanye yells something about Taylor’s “Fake Ass” and then screams “Don’t F—K with Me!” about ten times. Then Yeezy goes on to yell that he is “50 percent more influential than Picasso, Stanley Kubrick, and Apostle Paul.”

Kanye West is seen arriving on a flight at Charles de Gaulle Airport in Paris, France on February 18, 2016. The troubled star recently revealed on Twitter that he is $53 million in debt. FameFlynet