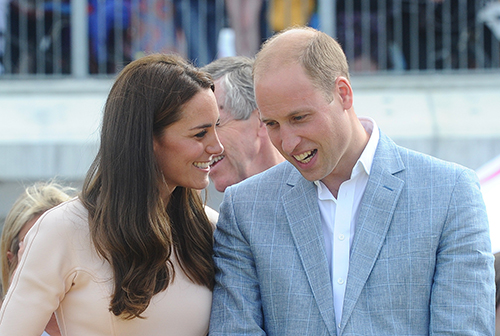 A royal etiquette expert has slammed Prince William and Kate Middleton for what some are calling un-royal behavior. The expert accuses the royal couple of “behaving like our friends from grammar school.” Etiquette expert William Hanson said of the royal couple: “The Royal Family have become too normal…If the future of our monarchy is William, Harry and Catherine then heaven help us.”

After comparing Prince William and Kate Middleton to grammar school children, the expert then lashed out at Prince William specifically for an etiquette faux pas while thanking someone who had congratulated them on their fifth wedding anniversary: “Catherine looked fine, but her royal husband, quite brazenly, had his left hand tucked into his pocket, standing as if he [is] waiting to give us all a presentation on telesales. Not a very royal image, really?”

This is not the first time that Prince William and Kate Middleton’s actions have made waves in royal circles. The royal duo has often eschewed the traditional, stuffy royal lifestyle in exchange for a friendlier, more down-to-earth approach. Some have applauded Prince William and Kate’s public demeanor and actions, likening them to Princess Diana, who was beloved by common people around the world.

Prince William has often stated that his mother was and is a huge influence on his life and the outlook he has on his position as a royal. His and Kate’s actions, such as mingling with the general populace on royal visits and openly discussing issues such as mental health, have made them more accessible to the public and much more likeable than Prince William’s father, Prince Charles or step-mother, Camila Parker-Bowles.

Following in Princess Diana’s footsteps is a good thing for the royal family, who often appear to be overly stuffy, inaccessible, and an outdated relic of the past. Prince William and Kate Middleton’s dedication to being non-traditional is what will make them beloved by the world and hailed as great royal rulers when the time comes. Hand in pocket or not, Prince William is beckoning in an age of a friendlier and more socially relevant royal family by weighing in on important issues and “getting his hands dirty” with the general populace.