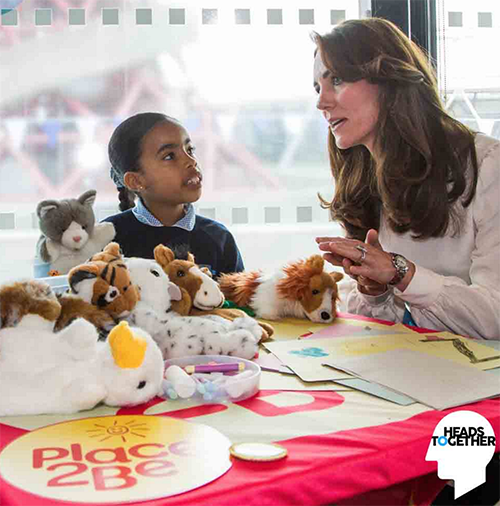 Prince William has been carrying out Royal engagements solo ever since returning from Balmoral. Is Kate Middleton demanding more vacation time before the Duke and Duchess of Cambridge set off on the tour of Canada with Prince George and Princess Charlotte?

On Thursday, September 15, William attended, in the company of Lord Hague, the signing moment for the new signatories of the Buckingham Palace Declaration. It’s probably best Kate didn’t attend the ceremony with William. Most likely, Kate would have fallen asleep. The Duchess of Cambridge can barely contain her boredom when attending functions for charities of which she is a patron.

While we might agree that the ceremony for the signing moment sounds like a huge yawn, Kate Middleton should have been on hand when Prince William visited Casius House in Battersea the day before. Kate claims to champion all causes that involve children yet the Duchess of Cambridge was nowhere in sight when the Duke of Cambridge visited one of London’s largest youth centers.

Hasn’t Kate had enough vacations for a while? The Cambridges enjoyed a summer vacation in the south of France. Kate Middleton, Prince William, Prince George, and Princess Charlotte spent several weeks at a beautiful French chateau and luxury hotels.

Queen Elizabeth put Kate and William back to work following the couple’s extended vacation. The Duchess and Duke of Cambridge visited the Duchy of Cornwall and Isles of Scilly, not the most exciting places in the world. Was that a punishment from Prince Charles?

Then it was off to Balmoral for a long weekend with Queen Elizabeth, Carole Middleton, and Michael Middleton. It must not have been enough time off for Kate, but work-shy William is back out there meeting and greeting.

But never fear – Kate Middleton is back on the Royal work rotation. Kensington Place announced that the Cambridges will visit Place2Be on Friday, September 16 to check out how students being supported by the charity are doing. And then it will be off for the Duchess and Duke of Cambridge’s tour of British Columbia and the Yukon Territory.

This morning The Duke attended the 2nd meeting of The Royal Foundation Taskforce on the Prevention of Cyberbullying. pic.twitter.com/JQjCCU40x2

The Duke of Cambridge @CaiusHouse in Battersea – one of London’s largest youth centres! pic.twitter.com/z2vYrQVjAI

The Duke and Lord Hague today attended a signing moment for new signatories of the Buckingham Palace Declaration. pic.twitter.com/cSjghFCsTG