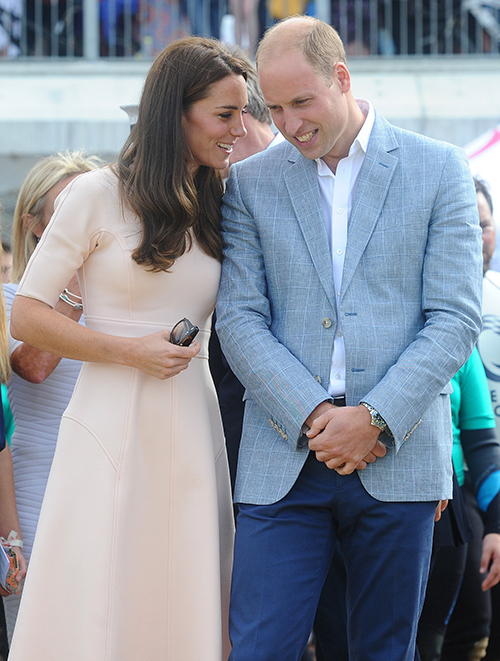 Kate Middleton and Prince William’s Canada trip is making a lot of headlines, as it will be the first time the Duke and Duchess of Cambridge will be traveling on an official royal tour with their two children, Prince George and Princess Charlotte.

According to People Magazine, a Buckingham Palace spokesperson says that Kate Middleton and Prince William are absolutely thrilled to be bringing their two children on the trip, as it will give them an opportunity to spend time together before Prince George and Princess Charlotte are going to be tied to a school schedule.

The spokesperson explained, “This is a great opportunity for them to introduce their children to a major realm before things like school start to make these things difficult later on. They really enjoyed taking Prince George to New Zealand and Australia and are delighted to have this opportunity to introduce them to Canada.”

Yet, not everyone is excited about Kate Middleton and Prince William’s Canada plans. Many critics say there is no real reason for the Duke and Duchess of Cambridge to be visiting Canada, other than for them to tour British Columbia while taking photo ops with the Canadian Prime Minister Justin Trudeau. Plus, many critics remember what happened the last time Kate Middleton visited Canada in 2011. The future Queen of England flashed her bare bottom during a very embarrassing incident in Calgary. Queen Elizabeth was outraged over Kate Middleton’s wardrobe malfunction and is hoping that the Duchess doesn’t repeat such exhibitionism again during this trip.

Plus, there’s also the fact that Canadian taxpayers are funding Prince William and Kate Middleton’s trip. Many Canadians have criticized their trip by commenting with, “Well, when the Canadian taxpayers are footing the bill, why not bring the whole family?” and “I wish they weren’t coming to Canada. We can’t afford them right now. And our photo hungry Prime Minister will be there with them so he can continue his life of not helping solve our problems.”

Tell us CDL readers, do you think Kate Middleton and Prince William should be going to Canada? Or are they just treating this like another one of their luxury vacations? Let us know what you think.