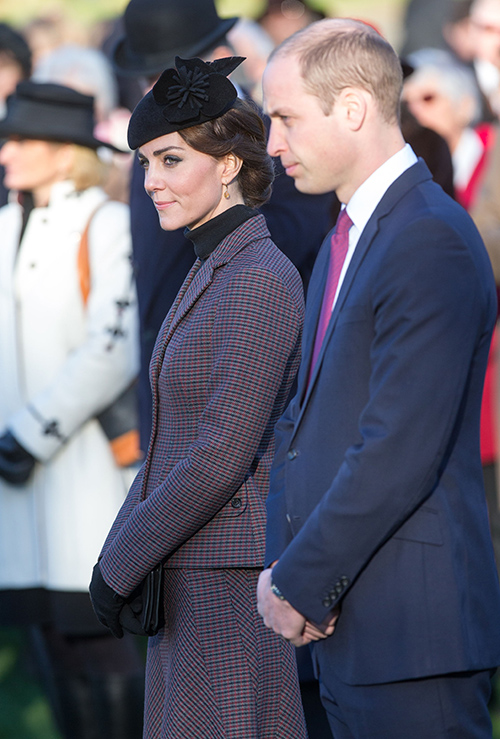 Is Kate Middleton humiliated that a balding Prince William has become the brunt of jokes? Has the Duchess of Cambridge demanded that the Duke of Cambridge get a hair transplant? Is Queen Elizabeth in complete agreement?

Prince William has been going bald for years – the future King looks much, much older than his nearly 34-years. Duchess Kate has become super-sensitive about the issue after a former colleague teased the second-in-line to the throne during the royal couple’s visit to Anglesey on Thursday, February 18.

Express reported that Wills former RAF winchman instructor gave the Prince the business about the-second-in-line to the throne’s disappearing hairline. “It was nice to see him again. [Prince William] hasn’t changed much apart from he’s lost a bit more hair. Hey, we’re all getting older,” Master Aircrew Rik Maving laughed.

Queen Elizabeth and Kate Middleton apparently don’t think the Duke of Cambridge’s thinning hair is funny at all! Royal insiders divulged to GLOBE that Queen Elizabeth is spending $30,000 – or trying to get someone to do it gratis – in order to restore William’s “regal mane” and make him appear more King-like.

But that’s not all! Her Majesty is “well aware Kate has become the new Princess Diana, whose popularity eclipsed her husband Princes Charles.” Apparently, all the attention and adulation Princess Diana received from the public was the reason Prince Charles fled to Camilla Parker-Bowles’ bed.

The future King must look younger and vibrant, and this will be achieved only if William has a full head of hair. Experts in hair transplantation have been dispatched to Kensington Place – in secret of course Royal courtiers reveal.

Prince William looked a little washed out standing next to Kate Middleton at the ceremony marking the end of the RAF Search and Rescue Operations in Anglesey. But Princess Kate wasn’t looking her best either. The Duchess of Cambridge’s crow’s feet, dark circles and bags under her eyes appeared quite pronounced at the celebration.

Both the Cambridge’s need some freshening up. Maybe Prince William will begin a gradual hair restoration process as the Duchess of Cambridge gets a bit of a nip and tuck here and there? After all, Camilla Parker-Bowles isn’t afraid to get Botox and fillers, why shouldn’t Duchess Kate do the same?