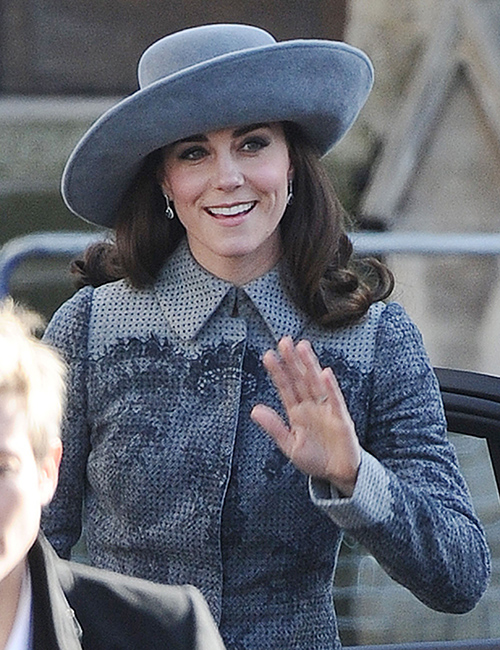 Prince William refused to address the outcry over Kate Middleton’s lavish lifestyle. The Duke of Cambridge recently gave an interview and was pointedly asked about his feelings regarding public opinion.

ITV aired an interview conducted by Mark Austin with Prince William on Tuesday, March 15. Though Austin asked William a few times how he felt about being called lazy, work shy, and accused of working only part-time, Prince William refused to address the issue. Instead, the Duke of Cambridge steered the conversation back to the topic at hand: illegal wildlife trade.

In response to Austin’s question, the second-in-line-to-the-throne prince merely answered, “Today is more about talking about the poaching crisis.” The interview filmed last week at Kensington Palace, right around the time Kate Middleton’s secret ski trip with Prince William, Prince George and Princess Charlotte to the French Alps was revealed.

As Prince William works passionately to protect endangered species, the Duchess of Cambridge was enjoying time on the slopes at Courchevel wearing $200 fur-lined leather fur-lined mittens. And let’s not forget the expensive tennis wear Kate had to run out and purchase for the tennis clinic in Scotland last month.

Yet, Prince William wants to spend time talking about poaching and how it is destroying our world. Of course poaching is a terrible thing, but there are many terrible things going on in the world around us. One of them is right in William and Kate’s own home at Kensington Palace. Royal employees have been forced to take wage cuts which essentially have put many workers on the brink of poverty.

There’s time to stand atop a 220-foot crane and pose for photos to support his latest campaign, but time to spend as an air ambulance pilot or fulfilling Royal obligations? Queen Elizabeth alone fulfilled more Royal responsibilities in 2015 than William and Kate combined.

If you ignore or deflect the question it will just go away – that seems to be the route Prince William is taking when it comes to questions about Kate Middleton’s expensive vacations, pricey wardrobe, and lack of work ethic.