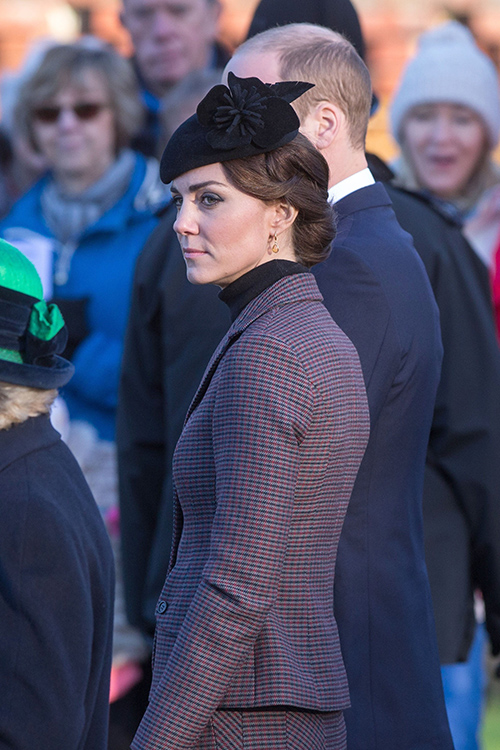 Is it possible Prince Harry is dating Princess Diana’s niece Lady Kitty Spencer? Kate Middleton may be thrilled by the prospect, but Queen Elizabeth would understandably be furious!

Pippa Middleton is allegedly back together with uber-rich off-again-on-again boyfriend James Matthews. So the prince and Pips aren’t hooking up anymore – if the Duchess of Cambridge’s sister and Prince Harry ever were. The fifth-in-line to the throne certainly has his pick of eligible aristocratic ladies. But the one who allegedly has caught Prince Harry’s eye – again – is first cousin Lady Kitty Spencer.

The daughter of Charles Spencer, Princess Diana’s younger brother, Kitty managed to stay out of the spotlight growing up. That is until the blonde beauty was photographed nearly five years ago at Prince William and Kate Middleton’s wedding. And as of late, the first cousins, as previously reported, shared quite a few booze-fueled make-out sessions.

The Duchess of Cambridge was allegedly furious when those in aristocratic circles started whispering that Harry and Kitty had enjoyed a few alcohol-fueled make-out sessions. Guess a Kitty is better than a Pippa as a sister-in-law? Better a cousin-in-law than your own sister as your sister-in-law?

But the relief that another Middleton sister won’t be a royal bride ends with Duchess Kate. Queen Elizabeth must be positively apoplectic over the possibility that another Lady Spencer could marry into the Royal Family.

What about Prince Charles and Charles Spencer? Wasn’t it bad enough the two were once brothers-in-law? Perish the thought! The Prince of Wales and Earl Spencer would be in-laws once again? No, we cannot even imagine that scenario.

Prince William can’t be elated with the thought that Prince Harry could possibly marry their late mother Princess Diana’s niece Lady Kitty. Is that what Diana would want for her son?

Camilla Parker-Bowles must be shaking with rage at the thought of another Spencer getting marrying their way into the Royal Family. But even the Duchess of Cornwall would have to admit Lady Kitty Spencer is definitely a serious upgrade from Pippa Middleton.

There’s always the possibility that Prince Harry will reconcile with Chelsy Davey or Cressida Bonas. Kate Middleton would probably be much happier if that were the case. But, if Harry’s going to choose a relative as his bride, better Lady Kitty than Pippa, right?