Kate Middleton’s ‘Maniac Grin’: Proof That The Duchess Is Getting Fillers And Botox? 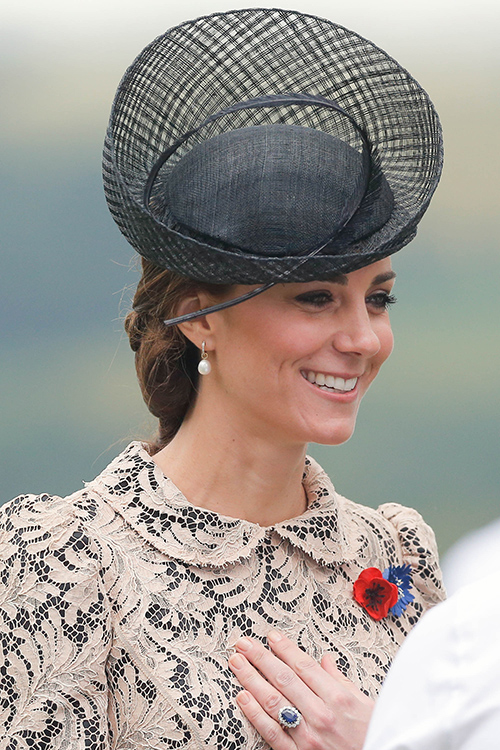 Kate Middleton doesn’t say very much, especially when she’s in the public eye, but if there’s one thing that she’s managed to do well, it’s smile and keep up the appearance that everything is fine, no matter where she is, who she is with, or what she’s doing. Yet, there’s new speculation that suggests the reason why the Duchess grins “so maniacally” whenever she’s in public is simple: her face is supposedly “collapsing” in front of our very own eyes.

Royal freelance reporter Saral Hammel recently made headlines for quitting People Magazine with a bridge-burning letter that suggests she’s ready to dish the good, the bad, and the ugly when it comes to her experiences with some of the most talked-about celebrities in the world. But when it comes to Kate Middleton, Hammel suggests that all might not be well when it comes to the Duchess’ state-of-mind or that she simply has no control of her facial features anymore.

The scorned entertainment reporter told Cosmopolitan in a new interview that the Duchess’ face is ‘collapsing’ and that someone might want to act fast before it’s too late. She explains, “That, my Kate Middleton watchers, is why you will see her grinning maniacally at all times in photographs and videos, even when you get the strong sense it doesn’t really fit the occasion, even when you can’t see quite what’s so funny, even when those around her don’t seem remotely festive. Even when she’s staring into space, walking up some stairs. Even at somber events when it’s not right to smile, when she can’t lest she appear soulless, she tucks the corners ever-so-slightly upward.”

While it’s true that we rarely see Kate Middleton frowning or doing anything other than smiling, one can easily assume that it’s all part of her job. In fact, the way she wears her hair, always holds her purse below her stomach, and stands in public are just a few things she might have learned from Queen Elizabeth’s handlers before she married Prince William and became the monarchy’s most photographed and talked about Duchess in a long time. After all, appearances are everything when it comes to the British royal family.

But could this also mean that Kate Middleton might be getting too many fillers and botox behind the scenes? Could that be another reason why her face is ‘collapsing’ as Hammel suggests? Let us know what you think about the Kate Middleton plastic surgery chatter by sounding off in our comments section below.

TRHs will visit @LandRoverBAR’s Portsmouth base to see the team’s progress with their state of the art testing boats pic.twitter.com/DL2oRHVtGq