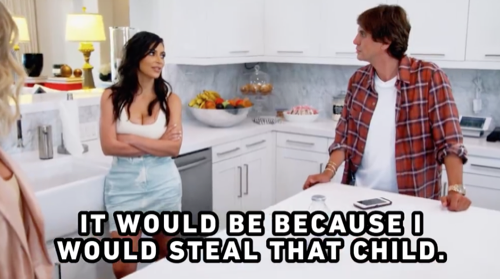 Tonight E!’s most-watched series Keeping Up With The Kardashians (KUWTK) returns with an all-new Sunday, November 13, 2016, episode.  On tonight’s KUWTK called, “Controversies & Legacies,” Kris Jenner gets emotional upon recognizing her mom won’t be around forever.

Did you watch the KUWTK where a serious bout of sleep paralysis took a heavy toll on Kendall Jenner’s work and travel life; Kim Kardashian searched for a method to control her anxiety? If you missed the episode and want to get caught up we have a full and detailed Keeping With The Kardashians recap, right here.

On tonight’s Keeping Up With The Kardashian episode as per the E! synopsis, “Kim’s decision to try for a third child proves to be a matter of life and death. Meanwhile, Kendall fears backlash from supporting stricter gun control; and Kris gets emotional upon recognizing her mom won’t be around forever.”

Kris comes up with a wonderful idea to keep her mother’s memories alive. She wants to do a video of her mom talking about her life. She says “My mom has lived such a great life and I want to be able to share the memories with my daughters.”

Kim drops a bombshell that she has been thinking about having another baby. Kris takes her to the Dr. to see if it is a good idea because of the difficulties in her last pregnancies. The Dr tells her “You have to be concerned because you have had Toxemia and tumors so there is a real risk.” Kim is not happy to hear this.

Khloe and Kendall meet up to have lunch. Kendall tells her “Will I Am and I did a remix to Where is the Love and shot a video for it.” Khloe says “It is really sad that things are changing so fast. We are so much more aware than we used to be due to Social Media.” Kendall says “I think we should do one big cause. Maybe something to do with gun control.” Khloe says “It is really sad that someone can go in and change your soul.”

Kim goes to get a second opinion about whether or not it would be a good idea for her to get pregnant. The second Dr tells her the same thing. He tells her “If you want to safeguard and make sure that you are around for the family that you want to grow then using a surrogate is your best option.” Kim is not happy.In the car on the way

In the car on the way home she is talking with Kourtney. She addresses her fears. She tells Kourtney “I don’t know anyone who has ever had a surrogate and I have no idea what it’s like and what to expect.” Kourtney tells her “The one good thing about using a surrogate is that you could have a baby for a year and no one would know.”

Scott and Kourtney are hanging out. Kris shows up and talks to them about the idea of the legacy video. They both think it is a great idea. Kris calls MJ and asks her “What are you doing mom?” MJ tells her “I just finished lunch with my boyfriend and his wife.” This causes all of them to look up in shock. Kris asks her mother “Are you a side chick?” MJ says “Yeah I guess I am.” Khloe asks her “How would you feel about doing a legacy video?” MJ asks her “Can I have hair and makeup?” Kris tells her “Absolutely.” MJ seems excited about the prospect.

Kendall, Kim and Khloe are hanging out. Kim says “Khloe was telling ne that you wanted to get involved with something.” Kendall expresses her worry about the fact that people may speak out against the fact that she is choosing this topic. Kim tells her “I can set up a lunch with a group called Our Town that deals with victims of gun violence and families who have been affected by gun violence. I think you guys should meet with them.”

Khloe, Kris and Kylie are sitting around talking about the legacy video. They are debating who could come in to moderate the video. Kris says “MJ would love it if Anderson Cooper would do it. She thinks he is hot.” Khloe says “I still don’t understand why you don’t want to be the one to ask the questions. It would mean so much more to hear your voice on that video than a strangers.” Kris tells her “I just can’t think about something happening to MJ and shooting a legacy video is like acknowledging the end of her life.”

Kim meets with a woman who is living her experience. Kim tells her “I’m worried that I won’t love the baby born through the surrogate as much as I love the children I had naturally.” Natalie is quick to reassure her that is not the case. She tells her “If anything they mean more to you because of what you had to do to have them.” The two ladies speak for quite some time. Kim asks about her surrogate. Natalie tells her “The person who is carrying your baby has to know what they are getting themselves into.” Kim is still apprehensive about the surrogacy issue, but she is not quite as nervous.

The lunch with the people from Our Town comes up and Kendall is late arriving. Kris was worried that she wasn’t going to make it. Many different people get up and share their stories about how guns have drastically changed their lives and the loved ones they have lost. Kendall says “Hearing all of these stories just makes me want to get more involved and not take this platform for granted.” Kendall takes a group picture with the victims and posts it to social media.

Kim talks to her mom about her meeting with Natalie. She says “I’ve come to the conclusion in my mind that I can’t carry another one so I want to explore surrogacy.” Kris is not happy to hear this. She says “That scares me for you. What if she gives birth and grabs the baby and makes a run for it?” Kim says “I don’t think she can, plus I can have a baby for a year and just live my life.”

Kris decides to ask MJ the questions herself. When Kris asks her mother “What’s your biggest fear?” She responds “I try not to fear. What’s your biggest fear?” This question drives Kris to tears. She says “I wish you hadn’t asked me that. I don’t want to say it.” All of the girls are crying as they watch. Khloe steps out and asks her mom “Why are you crying?” Kris says “I am afraid of losing her.” Khloe tells her “At least she has had a great life. Some people like my father didn’t have this chance.”