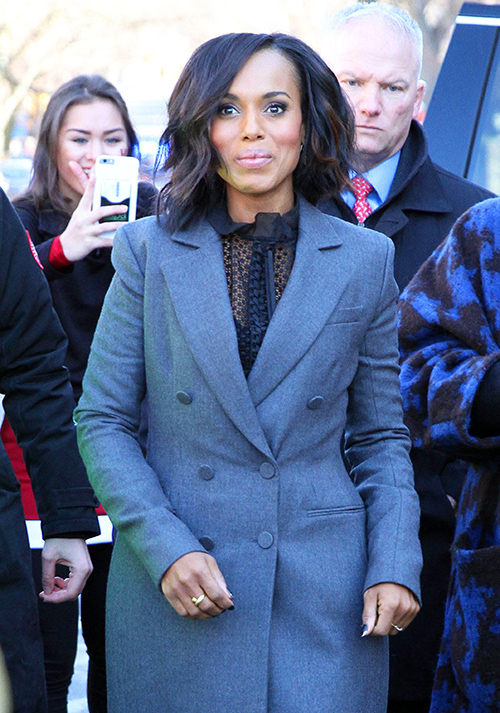 Her fiancee at the time, David Moscow, was asked if their relationship ended because of the alleged affair and he merely replied, “No comment.” Don’t you just love that response? It pretty much means ‘Yes, but I am not going to tell you that.’

During the time of the alleged affair, a source had revealed to NE that Chris Rock and his now ex wife, Malaak Compton, were already headed for splitsville, saying, “…and actress Kerry Washington may just be at the heart of it all.”

Well, maybe if we could get Malaak Compton and David Moscow to have a sit down with a some late night host, perhaps we could hear all the sordid details from their side of things. Since that is not likely to happen, I suppose we can just stick with our imaginations and figure it out on our own.

Kerry Washington broke off her engagement to David Moscow right around the time things went south for Chris Rock and Malaak Compton. Usually 2+2=4. But hey, you never know. Could it just be a very strange coincidence?

So why didn’t Kerry Washington and Chris Rock end up together after they ended their relationships with David and Malaak? Well, Kerry ended up moving on and marrying an NFL star, Nnamdi Asomugha, and a source made the comment about Chris that could explain his singleness, “Chris just isn’t the kind of guy who should be married.” Is the funny man too big of a flirt to hold down a marriage?

One thing is for certain. Affair or no affair. Chris Rock will be sure to bring the laughs when he hosts the upcoming Oscars. He’s of course received a lot of heat for not backing out, thanks to the whole ‘lack-of-diversity’ issue plaguing Hollywood. But I believe that he will rise to the occasion and make it funny instead of controversial.

What do you guys think of all this? Did Chris Rock and Kerry Washington really have an affair that ended their relationships? Do you think that Chris Rock will rock his hosting gig at the Academy Awards? Sound off in the comments below. Then be sure to come back to CDL for all the latest on your favorite celebrities as well as all the Oscar buzz.