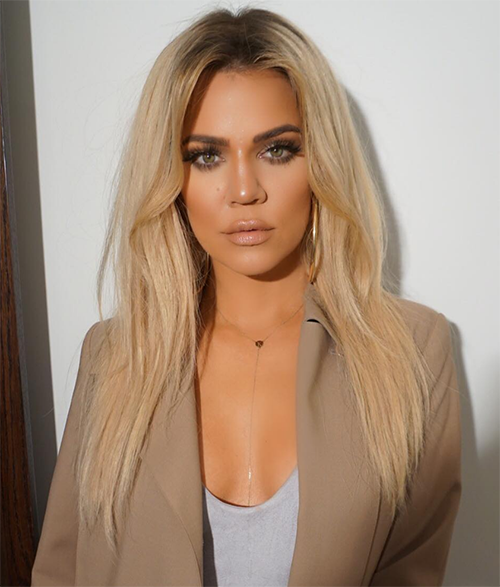 It looks as though Khloe Kardashian just can’t catch a break when it comes to her love life. There’s a new report that suggests her mother, Kris Jenner, is so suspicious of her new boyfriend Tristan Thompson that the Kardashian family matriarch is doing a serious background check on the NBA star. She doesn’t want another Lamar Odom on her hands.

While Khloe Kardashian has romanced plenty of men in the last several years, none have managed to stick around more than a couple of months at a time. After she pulled the plug on her marriage to Lamar Odom, Khloe quickly jumped into high-profile relationships with men such as rapper French Montana and NBA star James Harden. And now that she’s beginning to settle with her new boyfriend Tristan Thompson, Kris Jenner and the rest of the Kardashians are worried that their relationship might crash and burn just like the rest of them.

According to OK! Magazine, Kris is so concerned about her daughter’s new boyfriend that she’s supposedly gone to great lengths to make sure that he doesn’t have the same skeletons in his closet that Lamar Odom carried around. One source even told the publication, “Kris is sparing no expense to have every aspect of Tristan’s life uncovered. She found investigators who used to work for the Israeli secret service, and they’re pouring over his financial records and interviewing people who’ve known him since birth. Khloe has no idea Kris is doing this, but her sisters do—and they approve. They think Khloe picks losers and needs all the protection her family can give her!”

Of course, if Kris ends up treating Tristan as though he’s not good enough for Khloe, he’ll end up out the door in no time, leaving the reality television star single, lonely, and looking for love once again. Her mother can meddle in her love life all the wants, but that won’t help Khloe find a man or eventually marry one in the long run.

In fact, it will do nothing more than cause friction between Kris and her daughter as the last thing Khloe wants is her mother to kill any chances of her finding Mr. Right, getting married and having a family of her own. After all, that’s what Khloe’s been dreaming of for several years now and now that she has Tristan Thompson, she won’t let go no matter what everyone else’s opinions might be. Do you agree, CDL readers?

Why is my head so much bigger? Lol anyways… My Kenny 🐹