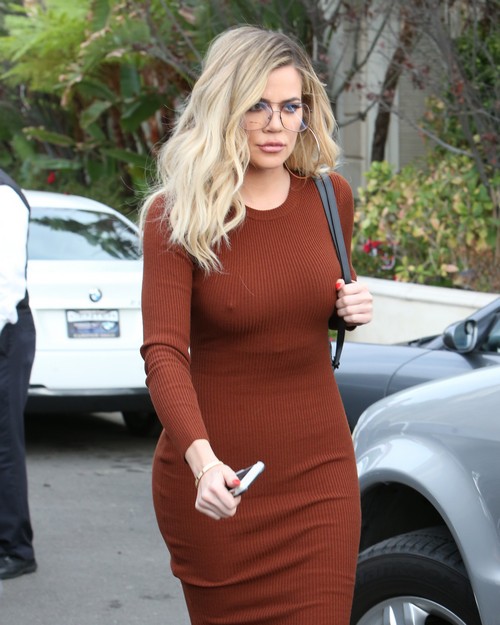 Khloe Kardashian has been left heartbroken as her boyfriend Tristan Thompson has dumped her after he was endlessly mocked by his NBA teammates for their relationship. In fact, the ‘Keeping Up With The Kardashians’ star was looked rather subdued if not also upset while she was spotted heading to a party by herself in Beverly Hills, Calif. this past weekend.

Khloe Kardashian didn’t even confirm her romance to the NBA star let alone show off any photos of the couple on her social media account but many close to the reality star knew that their relationship would fail sooner or later. Tristan Thompson is currently expecting his first child with his baby mama Jordy and as much as Khloe wanted to make the relationship work, she secretly knew that the last thing she wants to do is be accused of breaking up a couple, especially with a baby on the way.

Yet, it looks as though Tristan made the ultimate decision to pull the plug on their relationship just because he couldn’t stand being mocked by his teammates for dating a Kardashian. After all, it wasn’t until his romance with Khloe did Tristan start becoming a paparazzi and celebrity tabloid magnet.

Seeing what all the attention has done to Khloe’s ex-boyfriends, including former NBA star Lamar Odom and current Houston Rockets point guard James Harden, Tristan was mercilessly ridiculed and mocked by his Cleveland Cavaliers teammates simply because the Kardashians have become such a laughing stock, both in and outside of the entertainment industry.

As much as he loved the spotlight and attention as Khloe did, the last thing Tristan wants is to D-list athlete and wannabe reality television star, while also putting his career and reputation at risk. Plus, Jordy would never allow his relationship with Khloe to work, especially if she used their child to pressure him to break up with her.

Take a look at our photo gallery of Khloe Kardashian below and tell us, does she look like she’s upset over Tristan Thompson? Even though Khloe knew the relationship wouldn’t work out because of Jordy and her pregnancy, there’s a strong chance she hoped Tristan would finally be the one she could settle down and start a family with as well.

Now, it looks like she’s back to being single and wondering if she’ll ever get married or get pregnant in the future, especially since her relationships never work out. Do you agree? Also, check back with CDL for all the latest news on Khloe Kardashian.

Khloe Kardashian was spotted heading to a party in Beverly Hills, California on November 12, 2016. Her dress got bunched up while getting out of her car, and she needed to adjust it before going inside. FameFlynet