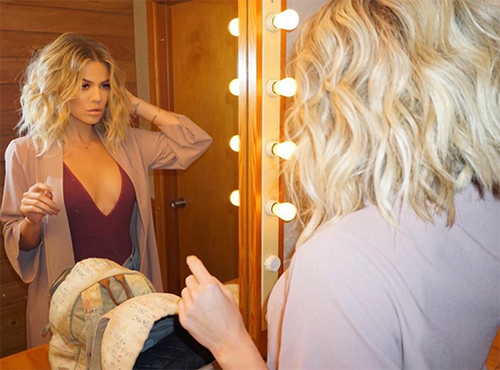 Khloe Kardashian might have found herself a new boyfriend, but it looks like he comes with plenty of baggage. In fact, there are several new reports that says Khloe’s boyfriend, Tristan Thompson, is supposedly expecting a baby with his ex-girlfriend Jordy even though he’s currently dating the ‘Keeping Up With The Kardashians’ star.

Has Khloe Kardashian followed in the footsteps of her younger sister Kylie Jenner by destroying another relationship with small children involved? Did Tristan dump Jordy to be with Khloe? Will Khloe pull the plug on her relationship now that everyone knows about Tristan Thompson’s baby mama? That’s exactly what both critics and fans alike want to know as the reality television star has found herself in a love triangle that is about to get very nasty if she doesn’t speak up soon.

According to Naughty Gossip, there’s a strong possibility that Tristan dumped Jordy knowing that she was pregnant because he supposedly wanted to hook up with Khloe because he’s hungry for ‘Kardashian fame.’ Sources close to the situation say that Jordy is preparing to obtain whatever legal compensation she can get for her and her baby, especially if DNA tests prove that she is carrying the NBA star’s child. To make matters worse, Tristan and Jordy were allegedly still together as of last month and were even planning on living and raising a family together until Khloe came along.

Of course, this is exactly what Khloe’s mother Kris Jenner was worried about all along. Insiders close to the Kardashian family have said that they are worried Tristan might be another Lamar Odom and the last thing Khloe or the family needs is more unnecessary drama, as they’ve already got plenty of their own to deal with. Plus, if Jordy is anything like Blac Chyna – who famously feuded with Kylie Jenner after Chyna’s baby daddy Tyga dumped her for the reality star – than the Kardashians are going to have to deal with yet another Instagram model publicly slinging mud at them.

If Jordy is indeed carrying Tristan’s baby, Khloe needs to check out of the relationship as fast as she can. If not, she’ll end up being branded as yet another Kardashian homewrecker who broke up a family with children involved. With everything Kylie Jenner has gone through with Blac Chyna, does Khloe really want to involve herself in nasty baby daddy drama? What do you think, CDL readers?