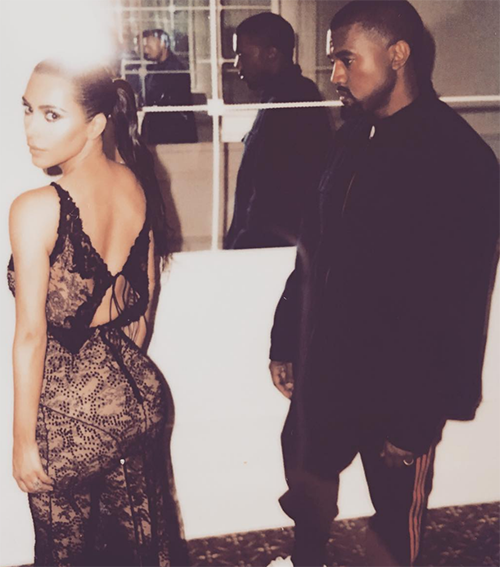 Could Kim Kardashian and Kanye West be the next celebrity couple to split after Brangelina’s surprise divorce announcement? That’s what critics can’t help but wonder. Supposedly, the reality star has been growing increasingly frustrated with Kanye West’s anger issues.

Surely, Kim Kardashian knew the moment she began her relationship with Kanye West that he wouldn’t be an easy partner to live with. The rapper has always considered himself a ‘creative genius’ who thinks outside the box and, ultimately, is misunderstood by the public. And because of this, he always gets ridiculed by the media or taunted by the paparazzi.

When Kanye gets panned or mocked for his work – or art, as he likes to put it – the rapper ends up getting emotional and frustrated, which has often led to his Twitter rants and public outbursts. Kanye has in the past channeled a lot of his anger onto the paparazzi, which has only gotten worse since he married Kim Kardashian. Clearly, Kanye should have known what he was getting into when he married the world’s biggest celebrity, but it looks like he simply can’t handle her level of fame and the round-the-clock attention she gets for it.

The reality television star recently explained the root of Kanye’s anger issues as she told Wonderland magazine, “He had this aggression. You can hear it. He wasn’t used to this life with me. He was super famous before, but the paparazzi life is a different world.”

Sure, Kanye can blame the paparazzi for his anger issues but sooner or later Kim will get fed up with his constant and embarrassing outbursts. Yet, Kim is no doubt feeling conflicted about the situation as she also gets to see another side of Kanye that is well hidden from the public – that’s his caring, loving, and very patient side for his two children, North West and Saint West.

If there’s one thing that Kanye does well, it’s control his anger issues in front of his children, as he would never dare jeopardize their well-being or happiness. Kanye is a wonderful father but can exude a temper in front of the cameras. That’s why Kim is torn about her next move.

Does she file for divorce because of Kanye’s public tantrums and outbursts towards the paparazzi? Or does she continue to ignore it, hoping that the problem will go away on its own?

Whatever the case, a Kanye West meltdown can happen sooner or later if Kim Kardashian doesn’t get her husband the help that he needs. Do you agree, CDL readers?

Wonderland Magazine is out now! 📷 @petrafcollins