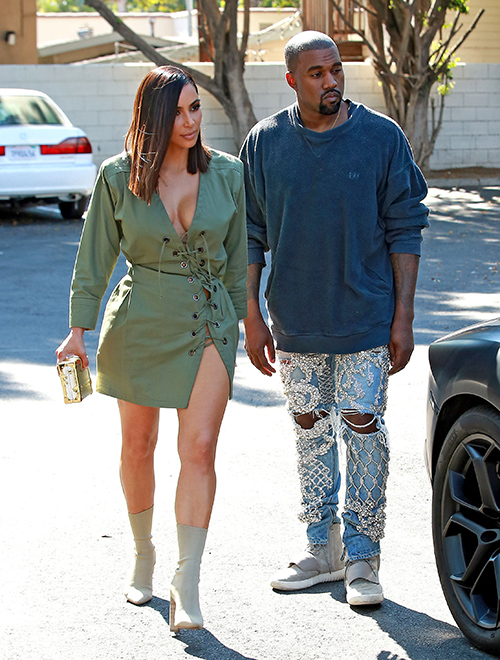 Kim Kardashian and Kanye West’s divorce might happen before the end of the year after all. Especially since there’s a new report that says Kim Kardashian’s parenting choices have caused some major and explosive fights between the two. Kanye West has had enough of her attention-seeking ways.

Apparently, Kim Kardashin and Kanye West’s marriage is on the rocks, as the rapper is fed up with his wife using their kids North West and Saint West as paparazzi props. According to sources, Kanye West is absolutely livid that Kim Kardashian would choose to put their children in danger by continuously exposing them to the paparazzi cameras and loud crowds whenever she’s out and about.

Of course, this doesn’t sit well with the rapper, especially since 3-year-old North West is supposedly terrified of the paps while 7-month-old Saint West is not used to all the flashing lights and chaos each time Kim Kardashian steps out in public.

One source close to the situation dished, “Kanye is livid at Kim right now. She knew how he felt about exposing Saint to the media and she did it anyway.”

To make matters worse, Kim Kardashian’s mother Kris Jenner insisted on exposing her grandson Saint West during their outing in San Diego. She’s so desperate she’s willing to do anything to help her plummeting ratings for ‘Keeping Up With The Kardashians.” The insider added, “Kris saw the opportunity to use Saint to get viewers to tune in and she pressured Kim into it.”

So not only is this going to brew another Kanye West and Kris Jenner feud, but also cut the cord in Kim Kardashian’s marriage. While there’s no doubt that Kim Kardashian loves her children, no one would be surprised if she did intentionally use them to garner paparazzi attention. After all, if there’s one thing that Kim Kardashian lives for, it’s the cameras.

Kim Kardashian and Kanye West’s fighting is surely going to lead to a divorce sooner rather than later. Kim Kardashian is either going to have to make some major sacrifices or compromise with her husband if she wants to save her family.