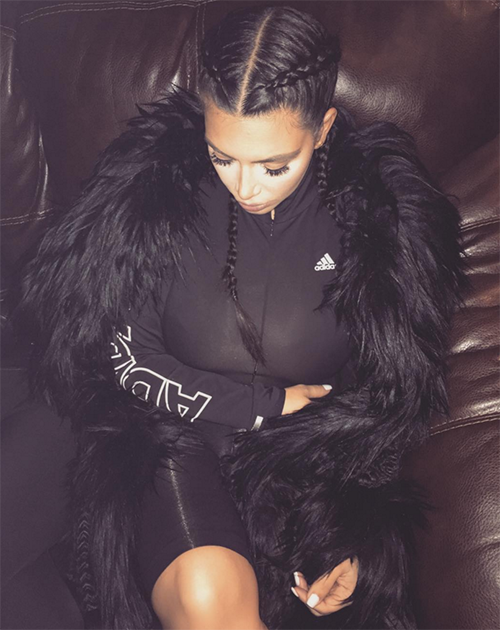 The Kim Kardashian divorce saga continues. You would think that the reality TV Queen would have her hands full with toddler North West and newborn baby Saint, but she is still finding time to over-analyze every single thing her husband Kanye West does or says – and her insecurities are driving a huge wedge between them. So much so that pals close to the couple fear a divorce in the near future. We can now officially add Jennifer Lopez to the lengthy list of reasons that Kimye will most likely break up in 2016.

Remember Kanye West’s corny cameo on FOX’s ‘American Idol’ a few weeks back – Kim Kardashian was in tow, and waited outside the auditioning room while Kanye rapped to the judges: Jennifer Lopez, Harry Connick JR, and Keith Urban. Of course, Kanye belted out a song with J-Lo’s name in it, praised her famous booty, and flirted with her on camera. And, it did not go over well with his insecure wife Kim.

According to this week’s issue of National Enquirer, Kim is now convinced that Kanye West’s infatuation with J-Lo is going to lead to a divorce. The source dished to the tabloid, “Seeing Kanye drool over Jennifer brought out every insecurity… Kim has nothing personal against Jen, apart from the fact her husband’s been raving about her since September. Kim knows Jen’s got it all, and if anyone could steal him away, it’s Jennifer Lopez.” Honestly, we’d like to think J-Lo wouldn’t stoop down to hooking up with Kanye, but frankly her judgment is questionable – how many times has she taken Casper Smart back now?

Lucky for J-Lo, Kim has put her obsession with her and whether or not Kanye would cheat on her with Lopez on the backburner – because she has bigger fish to fry…Amber Rose. If ever there was a good reason for Kim to divorce Kanye West, it would be the feud her husband got in to this week on Twitter with Amber Rose and her baby-daddy Wiz Khalifa. Amber proceeded to tell the world about Kanye’s sexual fetish (which included Amber’s fingers and the rapper’s butt), and Kim is absolutely mortified. So mortified that insiders close to her camp say that the reality TV star is trying to figure out a way to distance herself publicly from her husband – while not sparking divorce rumors. Too Late!

So do you think Kim and Kanye will survive 2016 without getting a divorce? Would J-Lo ever actually hook up with Kanye, or can Kim Kardashian let that go? What about Kanye’s history with Amber Rose, and her constantly embarrassing Kim and her family? Will that lead to a divorce? Let us know what you think in the comments below!