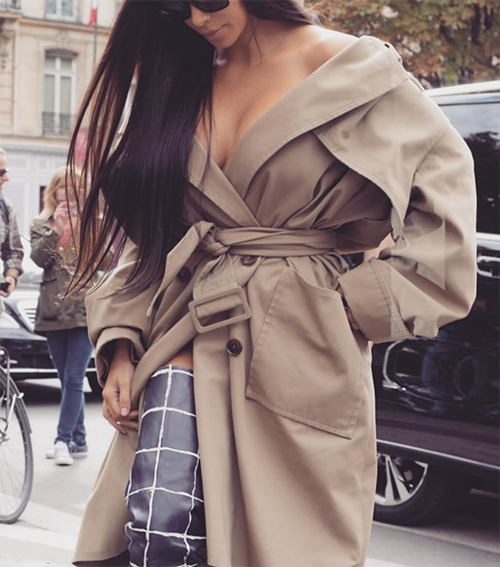 Could the Kim Kardashian robbery signal the end of Keeping Up with the Kardashians? According to several sources close to Celeb Dirty Laundry, the show has been placed on hiatus following Kim Kardashian’s robbery. According to CNN, “Kardashian West was tied up and locked in the bathroom last Sunday in the luxury apartment she was staying during Paris Fashion Week. Police said the masked robbers stole $10 million in jewelry from the reality star. Five men threatened the apartment building’s concierge with a weapon, handcuffed him, and forced him to open Kardashian West’s apartment.”

A truly exasperating and traumatic event. But how does it influence E! Entertainment’s masterpiece? “The show cannot go on without Kim. The filming has been stopped for an indefinite period of time until Kim recovers from her trauma,” a source told Celeb Dirty Laundry. How long is too long? Well, it seems like the show’s latest season won’t be continuing.

In the event of Kim K’s departure, neither Kris Jenner nor God can save the show from its apocalyptic downward spiral. She is the Grace Kelly (I apologize to Grace) of television. She is the star. She is the quintessential Spice Girl with the hungry face and mad eyes. How would a world look sans Kim Kardashian?

Ugly. And empty. So empty. We don’t necessarily love Kim K like we love our family or our dogs, but she still has a place in our stony hearts. We don’t want the ultimate reality television star to end up on the discard pile. We’d have nothing to write about!

The source continues, “E! is looking after the wellbeing of Kim. If they think the show isn’t allowed to continue while she recovers, then it won’t. The Kardashians are the stars – no one says no to them.”

We can only imagine what Kim must have went through. It sounds like a 70s heist movie starring Michael Caine and Pussy Galore in the role of Gary Busey. And we don’t dwell in Schadenfreude. The woman got robbed at gunpoint. Obviously she’s knackered and nutty now.

What will happen to KUWTK? Is this the end? Or will Momager Kris Jenner pull a Xanax out of the bag and tell her daughter to shape up or sit down? Oh don’t take it away from us! We need material! Let us know your thoughts in the comments below.