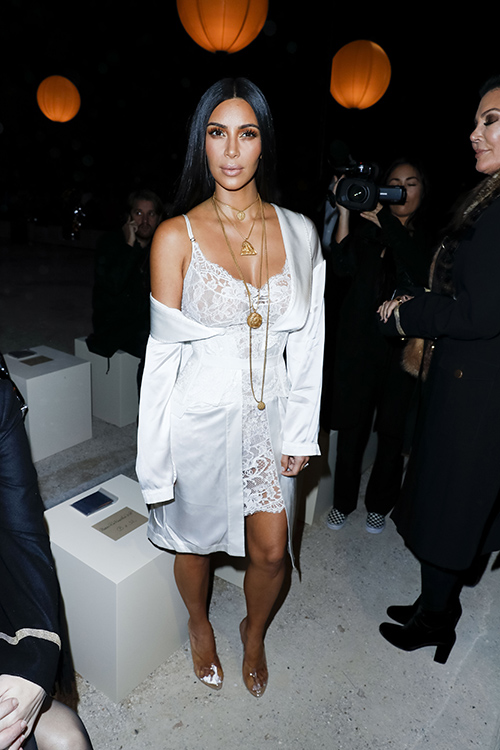 Surprisingly enough, Kim Kardashian’s robbery that took place in Paris was not caught on security cameras, according to reports. Apparently, there is no evidence of the alleged robbery, in which thieves took off with $10 million dollars worth of jewelry along with a stolen cell phone that belonged to the reality television star.

According to the New York Daily News, there is no evidence of the robbery – which allegedly took place in less than six minutes – at the No Address Hotel on Sunday night. There’s no surveillance footage due to a lack of cameras. Of course, this not only makes it difficult for the Paris police to look for clues, but the thieves – who apparently swiped a $4.5 million dollar 20-karat Lorraine Schwartz diamond that Kanye West gave to Kim Kardashian – also remain at large.

The celebrity mother-of-two allegedly feared for her life and was also worried that she could have been raped during the ordeal as five masked bandits held her up at gunpoint. They apparently also tied and gagged her and put her inside a bathtub before taking off with her jewelry.

Reports further indicate that Kim Kardashian immediately fled the country after the robbery to fly back home to be with her family. Her two children, North West and Saint West, were with their father Kanye West in New York City that night. The rapper abruptly ended his concert in Queens when he heard about the robbery midway through his performance, citing a family emergency.

Of course, neither Kim Kardashian nor her family members have made any comments since the robbery took place. She hasn’t updated any of her social media accounts and there’s even speculation that she might take time off from the spotlight and even quit her family’s reality television show, ‘Keeping Up With The Kardashians,’ while she is trying to reassess her life. Sources close to the star say that she’s still shaken over the event and that it might be some time before the public hears from her again.

Tell us CDL readers, do you think Kim Kardashian should take a break from the media following the robbery? Should Kim quit reality television and social media for good? Let us know what you think by dropping us a line in our comments section below and of course, check back with CDL for all the latest news on Kim Kardashian, Kanye West and all of your favorite celebrities right here.

Image credit to FameFlynet: TV personality La La Anthony stops by Kim Kardashian’s house to visit in New York City, New York on October 4, 2016. Kim just got back to New York after being robbed in Paris on Sunday night.